We are joined by Dr. Peter Chin-Hong to discuss all the latest when it comes to Covid-19.

The percentage of unvaccinated adult participants who say they would quit if vaccines were a requirement equates to roughly 9% of all adults, according to KFF, a nonprofit focusing on national health issues.

The organization surveyed 1,519 U.S. adults between Oct. 14-24 by conducting random phone calls, according to a news release.

"This represents 1% of all adults who would get the vaccine if faced with an employer mandate and 5% who say they would leave their job," the organization said. 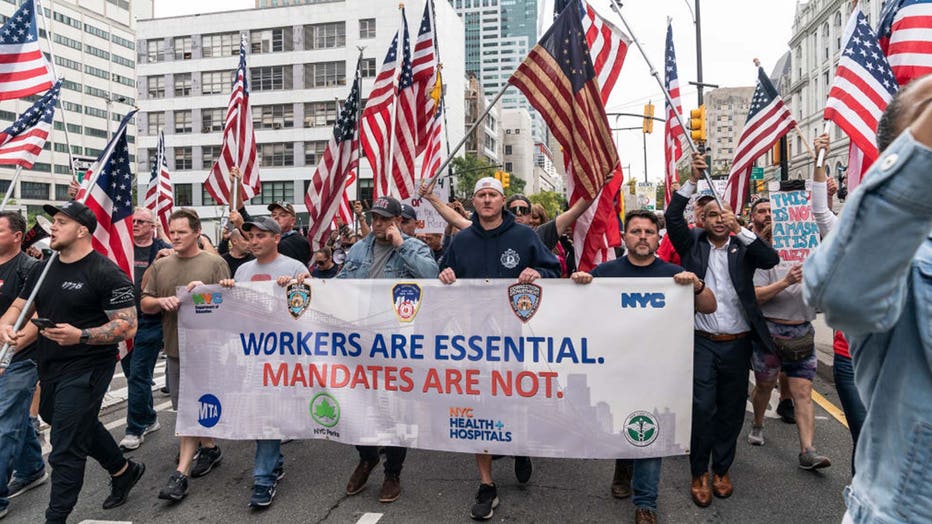 Following the Biden administration’s vaccine mandate for federal contractors that went into effect in December of 2020, Biden also announced that private employers with 100 or more workers will have to require them to be vaccinated or tested weekly. The roughly 17 million workers at health facilities that receive federal Medicare or Medicaid also will have to be fully vaccinated.

Biden has argued that the sweeping mandates will help end a pandemic that has claimed the lives of more than 740,000 Americans.

KFF’s survey found that just 5% of unvaccinated adults said they left a job because an employer required them to get vaccinated. A larger share (24%) of adult participants said they know someone who left their job due to a vaccine mandate, with Republicans about twice as likely as Democrats to say this (32% vs. 14%), according to the organization.

While the vaccine is not yet available for children ages 5-11, the survey also found that nearly 3 in 10 (27%) parents of children in that age group said they would get them vaccinated "right away" once eligible. Another third (33%) of parents said they would want to "wait and see" how it works in other children first.

Meanwhile, the U.S. moved a step closer to expanding COVID-19 vaccinations for millions of more children as government advisers on Tuesday endorsed kid-size doses of Pfizer's shots for 5- to 11-year-olds.

A Food and Drug Administration advisory panel voted unanimously, with one abstention, that the vaccine’s benefits in preventing COVID-19 in that age group outweigh any potential risks. That includes questions about a heart-related side effect that's been very rare in teens and young adults despite their use of a much higher vaccine dose.

While children are far less likely than older people to get severe COVID-19, ultimately many panelists decided it's important to give parents the choice to protect their youngsters — especially those at high risk of illness or who live in places where other precautions, like masks in schools, aren't being used.

"This is an age group that deserves and should have the same opportunity to be vaccinated as every other age," said panel member Dr. Amanda Cohn of the Centers for Disease Control and Prevention.

The FDA isn’t bound by the panel’s recommendation and is expected to make its own decision within days. If the FDA concurs, there’s still another step: Next week, the CDC will have to decide whether to recommend the shots and which youngsters should get them.

Full-strength shots made by Pfizer and its partner BioNTech already are recommended for everyone 12 and older but pediatricians and many parents are clamoring for protection for younger children. The extra-contagious delta variant has caused an alarming rise in pediatric infections — and families are frustrated with school quarantines and having to say no to sleepovers and other rites of childhood to keep the virus at bay.

In the 5- to 11-year-old age group, there have been over 8,300 hospitalizations reported, about a third requiring intensive care, and nearly 100 deaths.

States are getting ready to roll out the shots — just a third of the amount given to teens and adults — that will come in special orange-capped vials to avoid dosage mix-ups. More than 25,000 pediatricians and other primary care providers have signed up so far to offer vaccination, which will also be available at pharmacies and other locations.

RELATED: Global shortage of up to 2B syringes as vaccine doses rise, officials warn

Editor’s note: This story has been updated to clarify that the percentage of those surveyed who said they would leave their job over vaccine requirements represents unvaccinated participants.