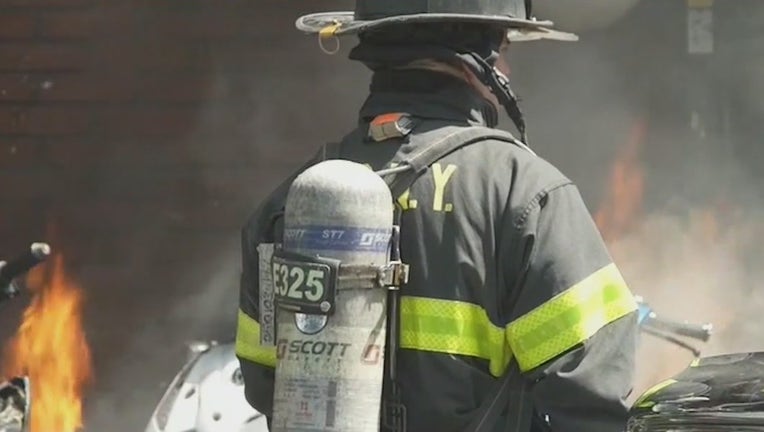 NEW YORK - Dozens of FDNY firefighters could be out of their jobs in the coming days because they refuse to get vaccinated for COVID-19.

New York City firefighter Paul Schweit has not been working at the job he loves for almost a year.

"I didn't choose to be a firefighter. Firefighting is something that chose me. Before this profession, I was a United States Marine. So my entire life has been observe is a calling that you have to answer," Schweit said.

Schweit applied for a COVID-19 vaccine exemption for religious reasons last October. The city rejected his initial request so he filed an appeal. He's still waiting to hear if his appeal will be accepted.

Now, 70 other firefighters with the FDNY were just notified by the City that their requests for religious or medical exemptions would be denied. It means those firefighters must decide whether to get a shot or lose their job.

It's a decision Schweit and his family have already made if it comes to that for him.

"I will not be receiving the vaccination of any kind," Schweit told FOX 5 NY.

Uniformed Firefighters Association president Andrew Ansbro says the union is planning to take the city to court over its vaccine mandate.

"Right now 70 firefighters are facing the choice of either getting a vaccine that they do not need or based on their deeply held beliefs do not want or get terminated," Ansbro said.

When Mayor Adams took office he decided to uphold the vaccine mandate for all city workers. As for the 70 firefighters put on notice this week, the Mayor's office says it was not a termination notice just the next step in this process.