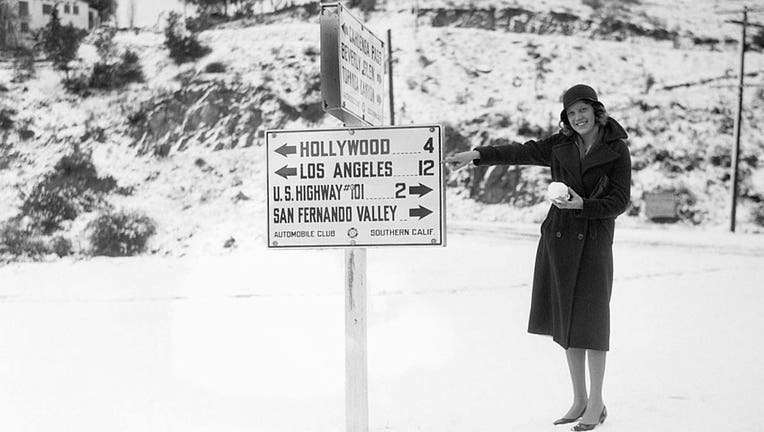 FILE - A woman pointing to sign of Hollywood 4, LA 12, Hollywood in 1930s with a view of the mountainside.

For those that live in the warmer climates of the southern U.S., "Dreaming of a white Christmas" each year is just that -- a dream.  A recent European oddsmaker put the probability of a snowy Christmas in Los Angeles and San Francisco at 1000-1. In a vast majority of years, even that would classify as a "sucker bet."

But while you might assume seeing snow on Christmas in the likes of Los Angeles or Phoenix or parts of Florida would never happen, their history books have three words for you:

Many cities home to snowbirds and days that can reach the 80s in winter have had days in their history with measurable snow. So even if it hadn't happened on Christmas Day, history shows the stars and weather patterns could align and bring snow on Dec. 25.

Here are seven cities where snow on Christmas Day might seem exceedingly rare, but it's not impossible.

It hasn't ever snowed on Christmas in Los Angeles, but it has snowed in winter… once. 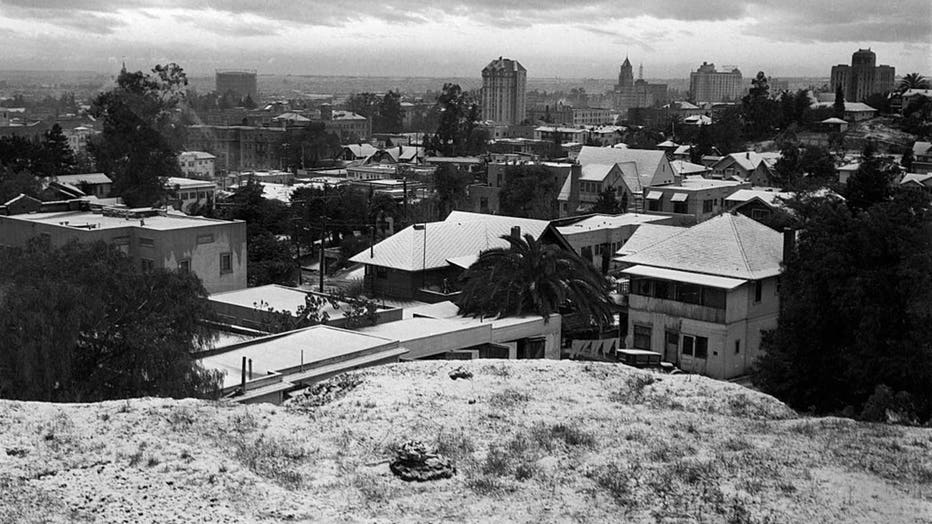 FILE - View of Hollywood Hills during a snow storm in the 1930s.  (Getty Images)

Downtown Los Angeles picked up 2.0 inches of snow on January 15, 1932, only missing Christmas by three weeks.

There are two other January dates where Downtown Los Angeles picked up a dusting, in 1949 and 1954.

Again, no white Christmas in the record books here, but there have been four days in their winter history where the City by the Bay was covered in snow -- though none in the past several decades. 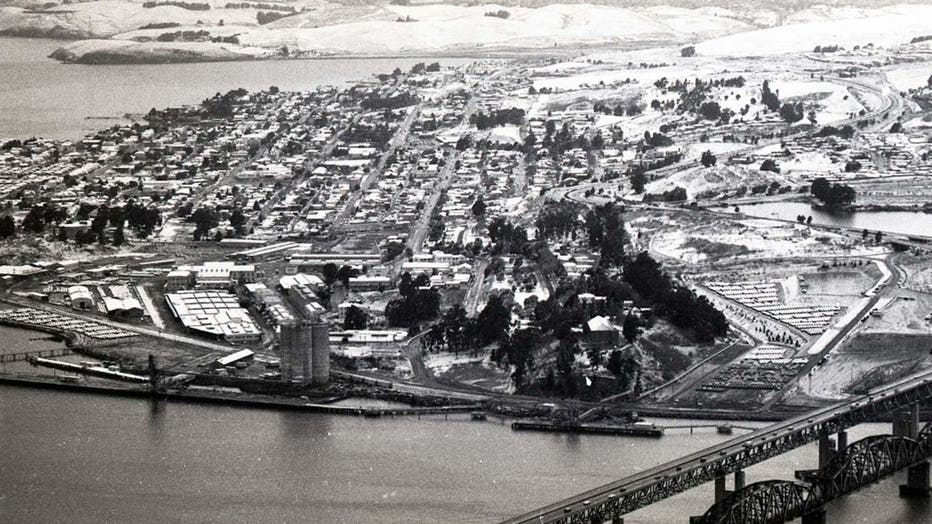 FILE - Aerial photos taken over the Bay Area when it snowed on Feb. 5 1976. Downtown Benicia is seen surrounded by the snow-covered hills to the north of town.  (Art Frisch/The San Francisco Chronicle via Getty Images)

Snow found its way into the Bay Area in 1932 as it had earlier in the year in Los Angeles, but this time it was in December, on the 11th, and measured 0.8 inches.

The photo above from the San Francisco Chronicle shows snow out in the suburbs on Feb. 5, 1976, but neither official San Francisco reporting station recorded snowfall on that date.

Phoenix has had measurable snow just three times in their recorded history, and two of them came on back-to-back days.

Houston officially has never had a white Christmas, but some areas just outside the city in southeast Texas sure did in 2004.

A narrow band of heavy snow moved in the night of Christmas Eve, bringing 9-12 inches around Victoria and Edna with 6 inches in Angleton and 4 inches on the beach in Galveston. 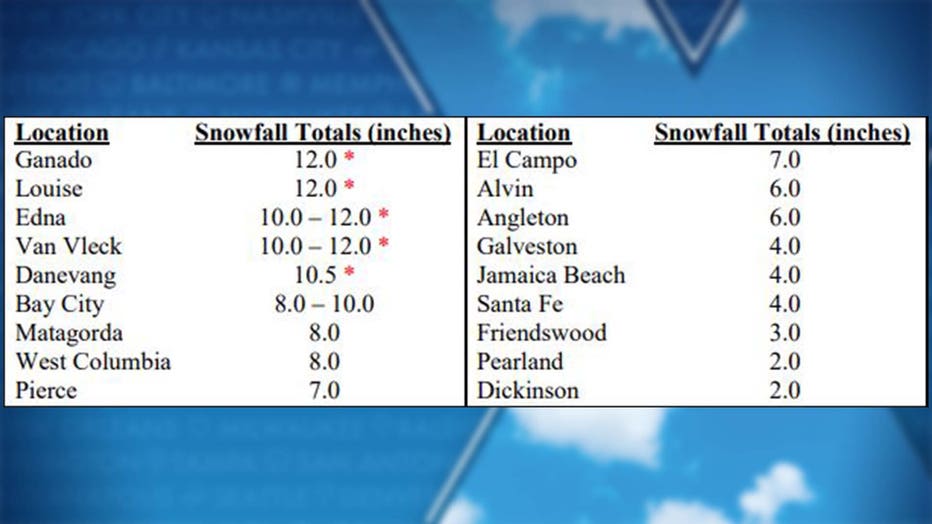 However, Houston just had a dusting and nothing measured at the airport. That winter storm that just missed Houston in 2004 managed to make it over into New Orleans on Christmas Day, with the airport measuring 0.5 inches. 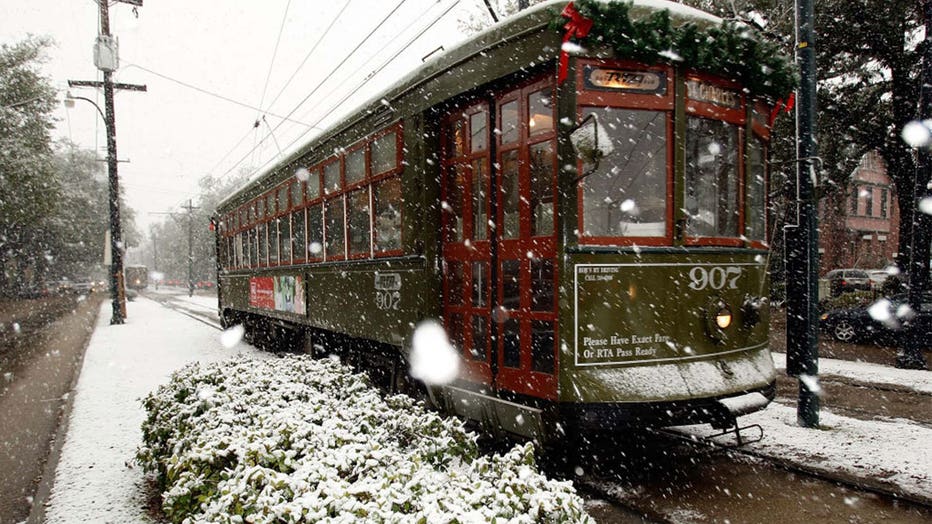 This one might need an asterisk because snow is not entirely unheard of there despite its sunny and hot reputation. 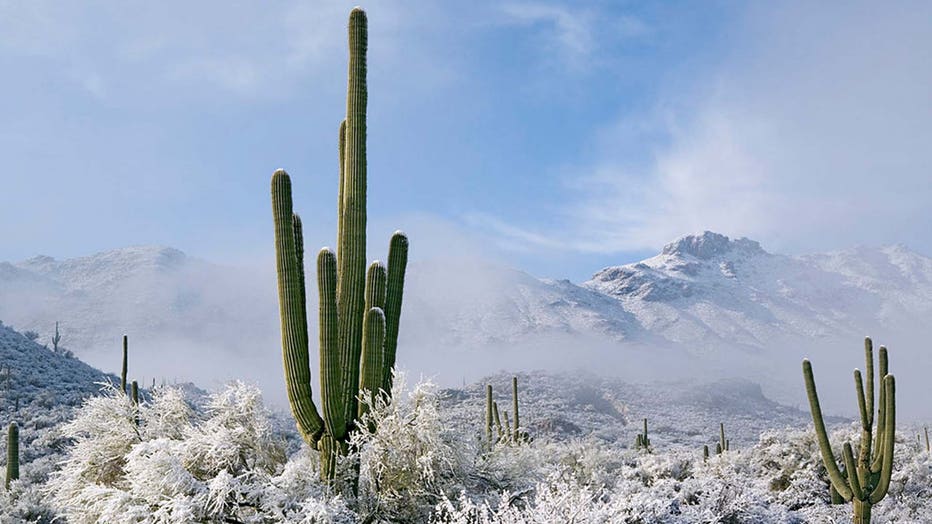 And there are 50 days in the town's history since 1894 that have had at least one inch of snow.

Snow in Florida? You bet!

While Jacksonville has never had a white Christmas, it has snowed three times in their history, including 0.8 inches on Dec. 23, 1989 -- so close!

But if you're looking for places where snow on Christmas would take a weather miracle, neither San Diego nor Miami has ever reported snowfall.