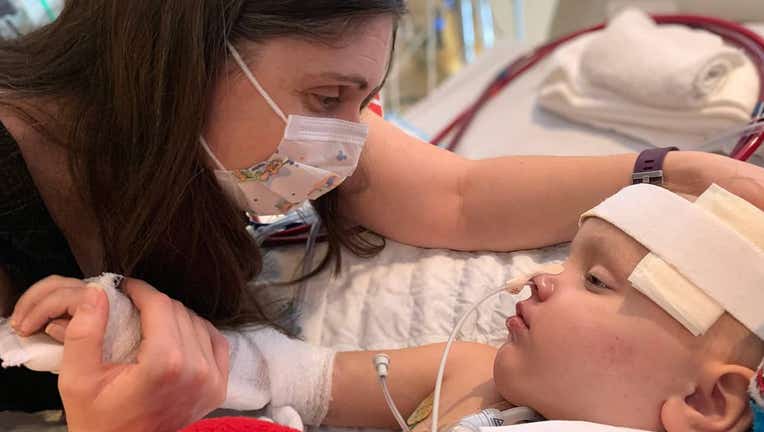 When Nathan Herber was diagnosed with stage 4 T-Cell Non-Hodgkin’s Lymphoma in 2018, he was taken out of school to undergo various aggressive treatments to save his life.

The day he took his last dose of treatment, on March 25, 2021, his entire school cheered him on.

Nathan Herber was diagnosed with the aggressive form of cancer merely a few weeks after celebrating his 4th birthday at Walt Disney World.

"We thought things were pretty awesome ... you know, not a care in the world," Nathan's father, Andy Herber, told Fox News. 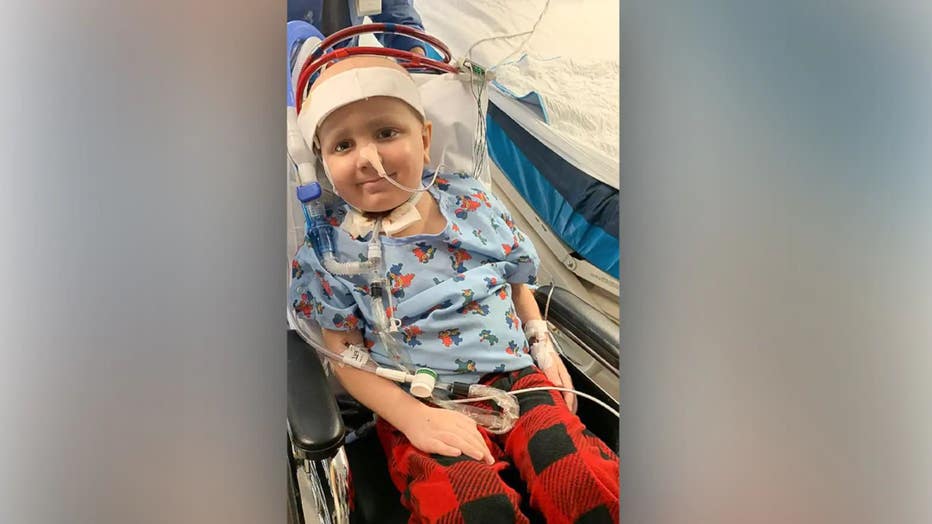 Nathan Herber at the Mayo Clinic in Rochester, Minnesota.

But after finding a large mass in their young child's chest, life, as they had known it, changed for the foreseeable future.

"Two weeks after his 4th birthday, literally sitting next to Mickey Mouse, he was getting an IV infusion of strong chemotherapy," Andy Herber said.

The Herbers, who have two other children -- Nathan's twin brother, Justin, and an older brother Grant -- were told this battle would be "a marathon, not a sprint," Andy Herber said. They had to prepare for two and half years of treatment, he added. 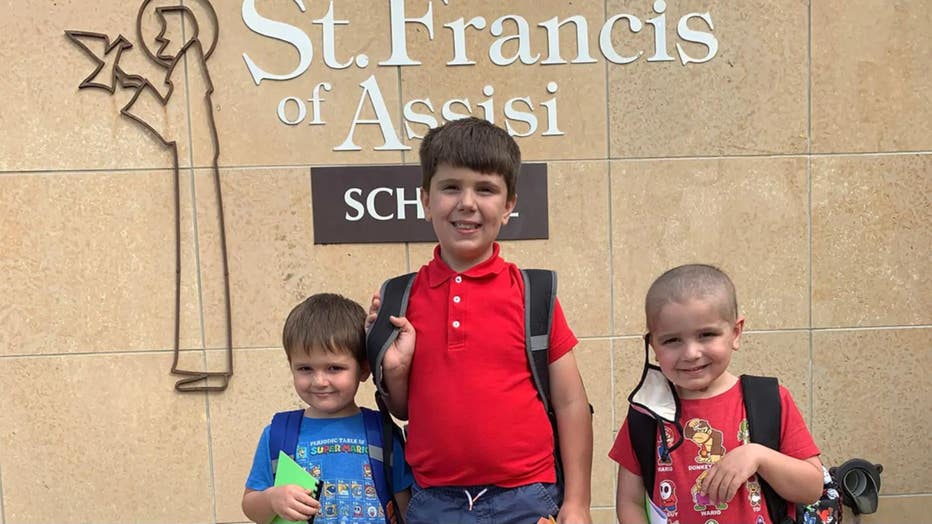 Knowing this time would be a difficult one, Andy Herber took the rest of the year off from work in order to get his son through the treatments while also trying to keep some normalcy for the family.

"The oncologist said that his immune system won't be able to handle fighting off any of the infections, so we pulled him entirely from school," Andy Herber said. Instead, he was homeschooled and would go back only on certain days when he "felt really good."

However, his twin brother, Justin Herber, made sure his place was waiting for him when he got back.

On the days Nathan Herber wasn't in school, his brother would place a stuffed monkey in his chair "to hold his spot," Andy Herber added.

For years, it was driving Nathan Herber back and forth to infusion centers and chemotherapy appointments. There were times, however, that Nathan would be hospitalized for long periods of time, especially during the vicious cycles of treatment.

"He had just no ability to fight off anything," Andy Herber said.

At one point, Andy Herber said his son was on life support for more than a month.

"It's heartbreaking how sick he was," he said. "It was day-to-day where we didn't think he was going to make it."

During the tumultuous time, though, his private Catholic school in Rochester, Minnesota, St. Francis of Assisi, never failed to ask how he was doing.

"Every time I would drop the kids off at school ... like every teacher and the custodians and the principal's office staff and the kids would all say, 'how is Nathan today?'" Andy Herber said.

Nathan took his last dose on March 25 after 900 days of chemotherapy. To celebrate, the Herber family created a day dedicated to the young boy, including packing into the family minivan and driving to his school to say "hi" to what was supposed to be only some of his classmates.

When they drove up, the entire school was there, signs in hand, to cheer him on.

"He was supposed to just kind of go say 'hi' to his pre-K class, you know, the classmates that he had met," Andy Herber said. "Then it turned into the entire school ... 300 people chanting, 'Nathan'."

The family slowly drove past the crowd of students and faculty while Nathan stuck his head out of the side of the car and sunroof to take it all in.

Every single kid had a handmade sign, according to Andy Herber.

"It was a pretty powerful moment," he said.

The family has enrolled all three boys, including Nathan, in school this coming fall.