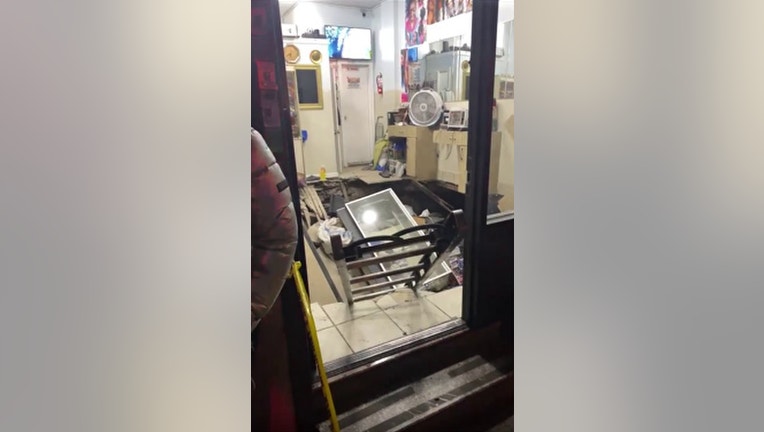 NEW YORK - Four people were injured after the ground floor of a commercial building in the Bronx collapsed into the basement.

The incident happened at a hair salon on Prospect Avenue in the Morrisania section.

The four injuries included a child. Civilians assisted in the rescue before the arrival of fire department units.

Inspectors from the Department of Buildings were on the scene and an investigation into the incident was ongoing.

They said a 15x15 foot section of the floor collapsed and damaged part of the building's plumbing system.

Inspectors say the collapse was due to "an isolated structural issue" and the rest of the building was found to be structurally stable.

The rest of the building has been deemed ok for people to be in, and no apartments are affected.

A violation has been issued to the property owner for failure to maintain the building.