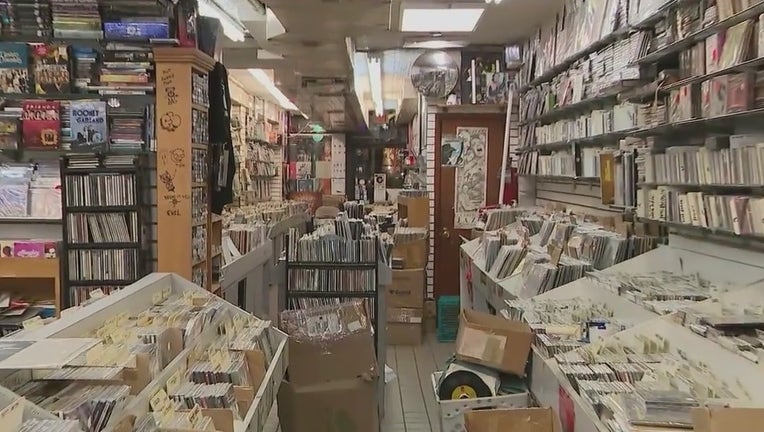 "CD sales have been on the decline for more than a decade and a half," says Jason Lipshutz, Senior Director of Music with Billboard.  "So the fact that they rose even slightly in 2021 is really interesting."

Lipshutz ads that there was simply more of an opportunity to buy physical CDs in 2021 after the pandemic closed stores in 2020.

"It's an interesting trend, especially as we're seeing this vinyl resurgence--where everybody's buying more vinyl than they were a year five years ago--maybe we're starting to see a CD resurgence as well," Lipshutz says.

It’s also no coincidence that the top 3 CD selling artists of 2021 — Adele, Taylor Swift, and BTS have gotten creative by not releasing big projects, but also bundling those products with different collectible items for fans.

Jamal Alnasr has owned Revival Records in Manhattan's Greenwich Village since the early 90s.  He estimates he has at least 185,000 CDs in his store, having never given up on the music medium

"Five years ago we were basically giving stuff away now? Average 12 dollars per CD," Alnasr says.

Alsnasr adds that he saw interest in CDs really gain momentum during the pandemic.