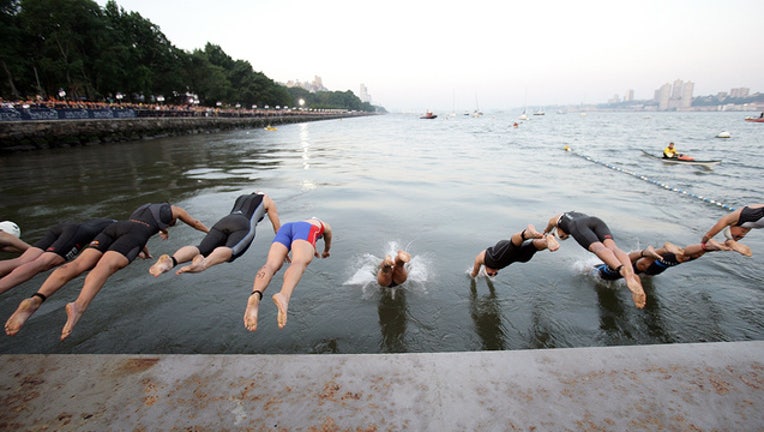 Athletes jump into the Hudson River for the first leg of the New York City Triathlon, July 18, 2010. (Dario Cantatore/Getty Images)

NEW YORK (FOX 5 NY) - Organizers say they will be canceling the 2019 Verizon New York City Triathlon on Sunday due to the extreme heat and humidity expected to suffocate the city this weekend.

"After exhausting all options to mitigate athlete, volunteer, spectator and staff exposure alike, we are unable to provide either a safe event experience or an alternate race weekend," organizers said in a statement. "As a result, in collaboration with the City of New York and all supporting agencies, Sunday's triathlon has been canceled."

Participants will receive full refunds, while the triathlon is expected to return next year on July 19, 2020.