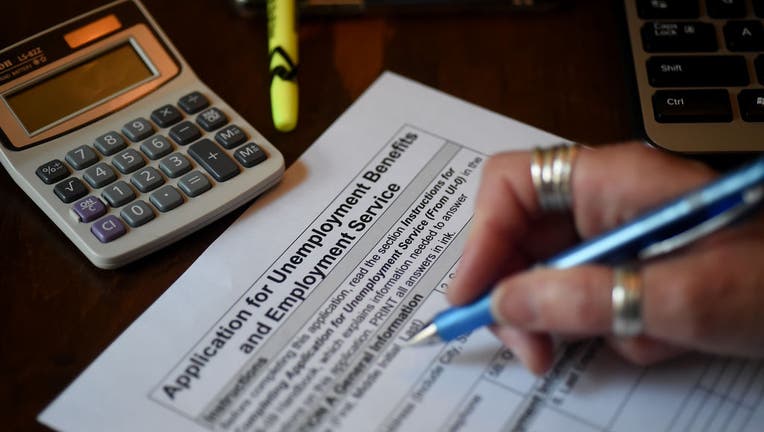 In this photo illustration, a person files an application for unemployment benefits. (Photo by OLIVIER DOULIERY/AFP via Getty Images)

PROVIDENCE, R.I. - An investigation into possible unemployment benefits fraud related to the coronavirus pandemic is expanding with as many as 2,000 cases in Rhode Island, authorities said.

The department has received roughly 2,000 reports to date from people who say they have been the victims of “imposter fraud,” agency spokeswoman Angelika Pellegrino said in an email.

Anyone who believes their personal information has been used to file or secure a false claim is being asked to call the FBI’s Providence office or the state Department of Labor and Training.

Ellen Martin told WPRI-TV she received a letter last week informing her that her jobless benefits had been approved even though she was still working.

More than 10,000 people in Rhode Island have now tested positive for the coronavirus, the state Department of Health announced Wednesday.

The state reported 272 new cases, bringing the number of known cases to more than 10,200.

The department also reported 15 new fatalities, bringing the state's death toll from the virus to 370.

The number of people hospitalized and the number of patients in intensive care were both down slightly from the previous day.