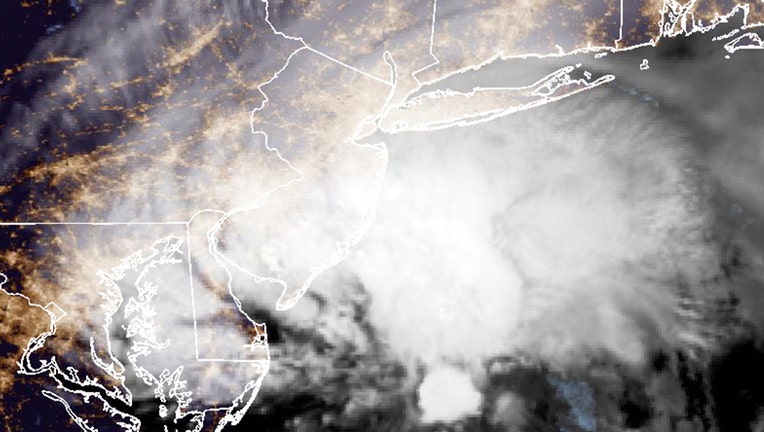 As the fast-moving storm Elsa moved up the East Coast overnight, two tornadoes touched down in New Jersey in the early hours of Friday, the National Weather Service confirmed.

One tornado caused damage in Cape May County and the other tore into Ocean County, according to teams that surveyed the damage. No one was hurt in either tornado, officials said.

The first tornado, rated EF-1, touched down near the entrance of a condominium complex in Woodbine at 2:40 a.m., the weather service said, and uprooted two trees.

"The tornado completely destroyed a picnic shelter at the complex's park area and spread debris consisting of structural remains and patio furniture hundreds of feet," the damage survey report stated. "The roof of the picnic shelter was dropped into the nearby swimming pool."

For about two minutes, the tornado cut a path nearly a mile long, significantly damaging the complex's office and recreation building, knocking down several trees, and blowing over vinyl fences.

"The front door was blown out and ripped off of the [office building] and an exterior wall was pushed outward several inches, but did not completely collapse," NWS said. "The tornado continued across an open area then ended near the intersection of Heilprin Avenue and Ocean Drive where it snapped part of a pine tree off onto a house."

The NWS estimated that the tornado's peak wind hit about 100 mph.

The second tornado touched down in a residential neighborhood along Sycamore Drive in Little Egg Harbor Township at 3:33 a.m. and lasted about a minute or so, authorities said.

The EF-0 tornado with an estimated peak wind speed of 80 mph snapped or uprooted several trees and broke off numerous tree limbs along a path a little less than a third of a mile, the NWS said. It also blew over fences and caused "cosmetic damage" to some homes along Rosemont Lane and Harbourtown Boulevard, the survey team said.

"A residence at the intersection of Rosemont Lane and Vista Court had 2 sections of wooden fencing blown out and tossed approximately 50 feet, striking the rear side of the house," NWS said. "A few houses along Vista Court also sustained some cosmetic damage."

The NWS team also surveyed storm damage in Somers Point in Atlantic County where the storm snapped seven wooden power poles along the Longport Boulevard Causeway. All the poles fell in the same direction, so "this damage has been determined to have been caused directly by the strong winds from the tropical rain band that raced across the New Jersey Shore overnight" and not a tornado, NWS said.

The National Weather Service uses the EF Scale to assign a tornado a so-called rating based on estimated wind speeds and related damage. EF-0 and EF-1 tornadoes are considered "weak." An EF-0 tornado has 65-mph to 85-mph wind gusts. An EF-1 produces wind gusts between 86 mph and 110 mph.