What is monkeypox and what are the symptoms?

Massachusetts reported a case of monkeypox in a man who recently traveled to Canada on May 18, 2022. FOX Medical Team correspondent Dr. Mike Cirigliano discusses the rare virus.

NEW YORK - Genetic analysis of recent monkeypox cases suggests there are two distinct strains in the U.S., health officials said Friday, raising the possibility that the virus has been circulating undetected for some time.

Many of the U.S. cases were caused by the same strain as recent cases in Europe, but a few samples show a different strain, federal health officials said. Each strain had been seen in U.S. cases last year, before the recent international outbreak was identified.

Analysis from many more patients will be needed to determine how long monkeypox has been circulating in the U.S. and elsewhere, said Jennifer McQuiston of the Centers for Disease Control and Prevention.

"I think it's certainly possible that there could have been monkeypox cases in the United States that went under the radar previously, but not to any great degree," she told reporters Friday. However, she added, "there could be community level transmission that is happening" in parts of U.S. where the virus has not yet been identified. 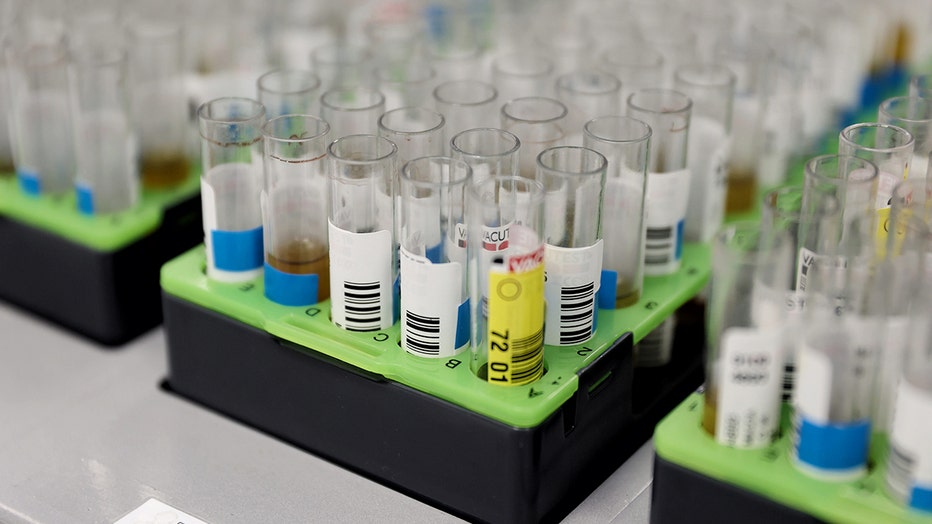 PCR test specimens at the Microbiology Laboratory of the Gregorio Marañon public hospital. The hospital, along with four others in the region, has begun PCR testing for monkeypox. (Photo By Eduardo Parra/Europa Press via Getty Images)

The CDC said it is trying to increase its work on finding infections, and it's likely more cases will be reported.

The findings mean the outbreak likely will be difficult to contain, said Dr. Angela Rasmussen, a virologist at the University of Saskatchewan.

It's not clear how long infections have been happening, and where. Some infections may have been misdiagnosed as something else.

"We don't really have a good sense of how many cases there are out there," Rasmussen said.

RELATED: Monkeypox won't turn into a pandemic, WHO expert believes

Monkeypox is endemic in parts of Africa, where people have been infected through bites from rodents or small animals. It does not usually spread easily among people.

But last month, cases began emerging in Europe and the United States. Many — but not all — of those who contracted the virus had traveled internationally, and health officials in a growing number of countries are investigating.

As of Friday, the U.S. had identified at least 20 cases in 11 states. Hundreds of other cases have been found in other countries, many apparently tied to sexual activity at two recent raves in Europe.

So far, many of the reported cases outside Africa have been in men who have sex with men, but health officials stress that anyone can get monkeypox. One heterosexual woman is among the U.S. cases under investigation, officials said.

The illness typically begins with flu-like symptoms and swelling of the lymph nodes, followed by a rash on the face and body.

No monkeypox deaths have been reported in the U.S. or Europe so far. But that could change if infections start occurring in more vulnerable people, like very young children or people with weakened immune systems, Rasmussen said.

She raised another concern: Even if outbreaks among people are contained, it's possible the virus could take hold in the U.S. rodent population — either through pets or unwelcome rodents in homes.

"It's not out of the question," Rasmussen said.

Also on Friday, the CDC published an analysis of 17 of the first reported U.S. cases. The average age was 40, and all but one identified themselves as men who have sex with men. Fourteen had traveled internationally, to 11 different countries, according to the report.