The case relates to six incidents in Kent, during which diggers were used in an attempt to remove cash machines and the money they contained from the walls of businesses. (Credit: Kent Police via Storyful)

KENT, England - Two men from England have been sentenced to several years in jail after causing "huge damage to businesses" by using excavators to steal cash machines.

The case relates to six incidents in Kent, during which diggers were used in an attempt to remove cash machines and the money they contained from the walls of businesses.

Security footage posted by the Kent Police Thursday shows three of the incidents in Kent which happened between March 2020 and Feb. 2021. 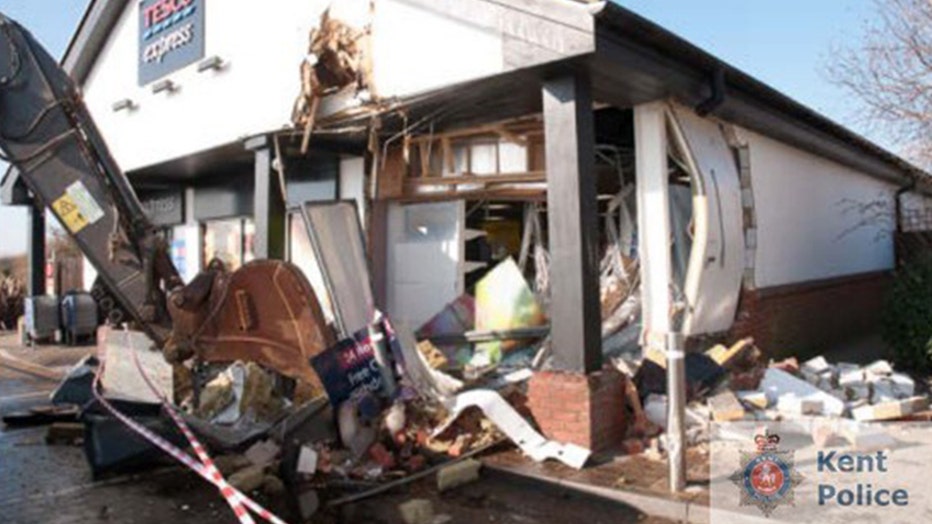 The damage in Dymchurch at ATM (Credit: Kent Police))

Both men were charged with burglary offenses. Pemberthy was given an eight-year and nine-month sentence, while Davenport was sentenced to seven years and five months.

According to officials, the total damage, theft, and loss incurred during six incidents that happened between 2019 and 2021 was estimated to be more than 1.8 million pounds.

Detective Chief Inspector Christopher Greenstreet, of the Kent and Essex Serious Crime Directorate, said, "Today's sentences send out a message to anyone thinking of targeting businesses in our county: Kent Police will track you down and bring you to justice, whatever lengths we have to go to." 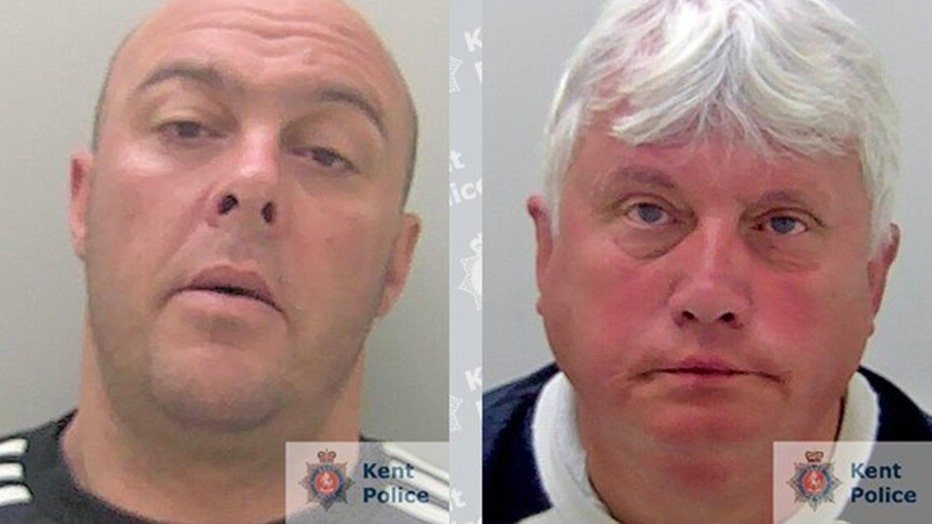 Greenstreet said measures have been put into place to prevent future offenses of this kind.

"I hope staff and workers at businesses around the county feel safer knowing that these two men are in jail," he continued. "Pemberthy and Davenport didn't care how much damage they caused, or who they injured, as they committed these shocking offenses and the sentences handed down today reflect the seriousness of their criminal behavior."