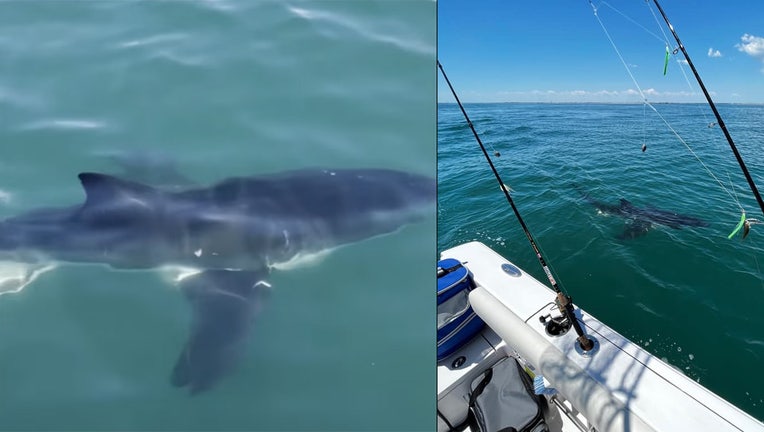 NEW JERSEY - A fisherman captured a video of a great white shark that was half the length of his boat in the waters off of south Jersey.

The Coast Guard Station Cape May shared the video of the shark on its Facebook page and said it was 12' long.

Jim Piazza also took a video of the shark and said it was at least 10' to 13' feet long.  He said he was about a mile off of the coast at Townsend Inlet, which is between Sea Isle and Avalon.

Sharks are not rare in the waters off of New Jersey.

A 1,000-pound great white shark named Ironbound recently pinged off of New Jersey as it roams the East Coast.  OCEARCH, which tracks several tagged sharks, reported the shark off of New Jersey on April 28, 2022.

While Ironbound might sound like a big shark, OCEARCH tagged and followed a 16-foot, 3,456-pound female Great White Shark named Mary Lee from 2012 to 2017 up and down the East Coast.  She was last pinged on June 17, 2017, in the waters off of South Jersey.

A number of factors, including warming ocean temperatures, are contributing to an expected proliferation of sharks along the coastline in the New York City region this summer.

New York has expanded a drone program designed to keep track of them.