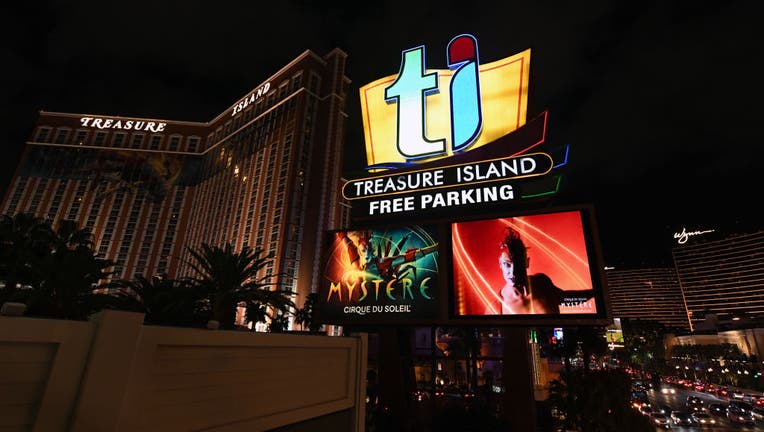 LAS VEGAS, NEVADA - MARCH 14: The marquee at the Treasure Island Hotel & Casino shows advertisements for the “Mystere by Cirque du Soleil” show as the coronavirus continues to spread across the United States on March 14, 2020 in Las Vegas, Nevada

The machine being played by Robert Taylor malfunctioned due to a "communication error" and neither he nor the Treasure Island Hotel & Casino realized that he’d won a progressive jackpot the evening of Jan. 8, the Nevada Gaming Control Board said Friday in a statement.

The jackpot was confirmed later after a review but Taylor had returned to Arizona by then and the casino was unable to identify him, the board’s statement said.

The board said it then began an investigation and eventually identified Taylor after two weeks of checking surveillance video, conducting witness interviews, studying electronic purchase records and reviewing ride-sharing data.

Reporter quits job while live on air after winning lottery, but later discovers payout was about $5,500

A Spanish television reporter appeared to quit her job while she was live on air while celebrating a winning lottery ticket, but later discovered her payout was about $5,500.

According to the board, it was important to locate Taylor to ensure he received what was owed to him and to maintain public trust in the casino industry.

Taylor, whose hometown was not released, was notified of his jackpot on Jan. 28 and he planned to collect at the casino this weekend, the board said.

Casino representatives did not immediately respond to a message from The Associated Press seeking additional information.