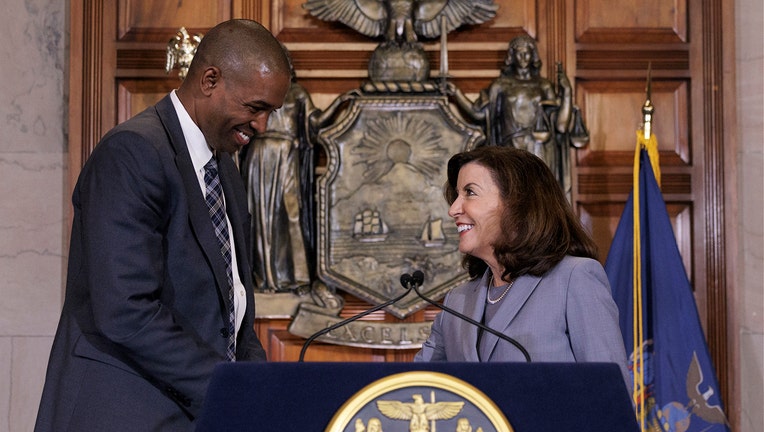 Hochul said Monday she will issue a proclamation for a special election to fill her fellow Democrat's seat in upstate New York once he resigns. It remains unclear when that will be.

Once a seat becomes vacant, the governor has 10 days to announce a special election held 70 to 80 days later, according to state law.

Hochul said the special election will line up with the Aug. 23 primary for congressional and state Senate seats.

Senate Majority Leader Andrea Stewart-Cousins, a Democrat, has been fulfilling the duties of lieutenant governor since the April 12 resignation of Brian Benjamin, who has proclaimed his innocence following his arrest in a federal corruption investigation.

Delgado has said he wants to leave his seat in Congress to take on the largely ceremonial role of lieutenant governor so he can fight for Hochul's agenda and serve as a liaison between New Yorkers and local, state and federal partners.

The Rhodes Scholar and Harvard Law School graduate was first elected in 2018 as the first upstate New Yorker of color to Congress on campaign promises of universal access to Medicare and eliminating tax loopholes for the rich. 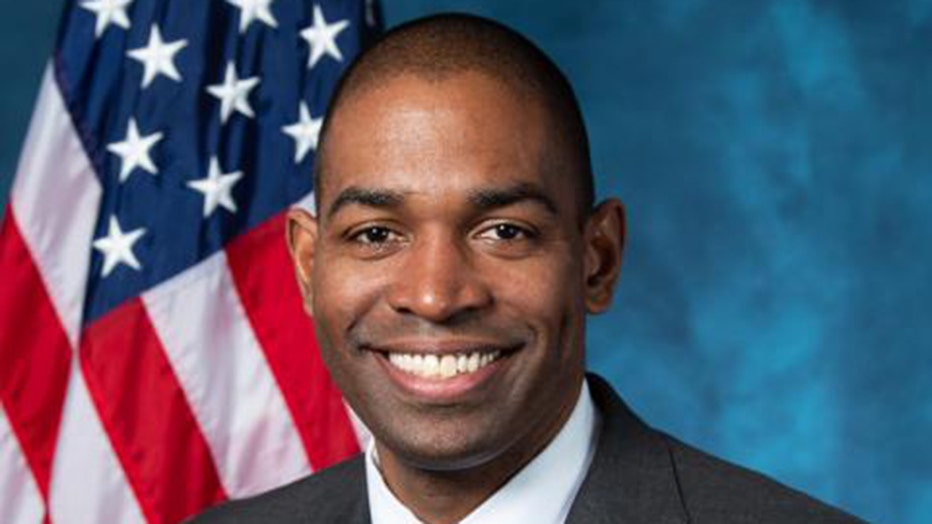 Hochul and Delgado have both faced criticism for leaving open a congressional seat at a time when Democrats are fighting to maintain their U.S. House majority and after state courts stuck down new political maps that Democrats had drawn to cement comfortable majorities for years to come.

Hochul tapped Delgado days after the state's Court of Appeals rejected the congressional maps in a majority opinion that largely agreed with Republican voters who argued the district boundaries were unconstitutionally gerrymandered.

That decision struck down maps that would have reshaped Delgado's swing 19th Congressional District into a safely Democratic district sweeping from the Hudson Valley up to Albany and west to Binghamton and Utica.

An upstate judge approved a final set of maps that creates an even more vast 19th Congressional District that stretches to Ithaca, in the Finger Lakes wine and tourism region. About 52% of voters in the newly crafted district voted for President Joe Biden in 2020, down from 52% in the Democrats' failed maps.

Democrat Pat Ryan, who came in second to Delgado in the 2018 Democratic primary for the district, has said he'll run to succeed him.