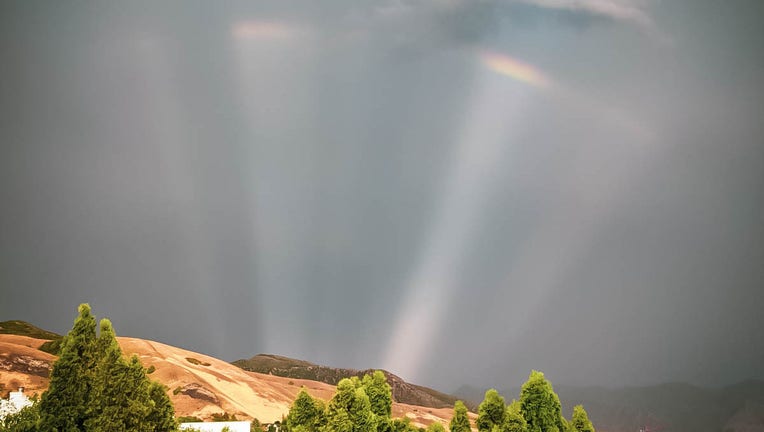 SALT LAKE CITY - As much of a light show that Mother Nature can put on during a strong thunderstorm, one series of storms in Utah put on quite the encore after the storm passed and the sun began to set.

The eastern skies lit up with brilliant rays of light, as if dozens of spotlights had suddenly been flipped on below the horizon.

And for good measure, a rainbow appeared along these rays of light. 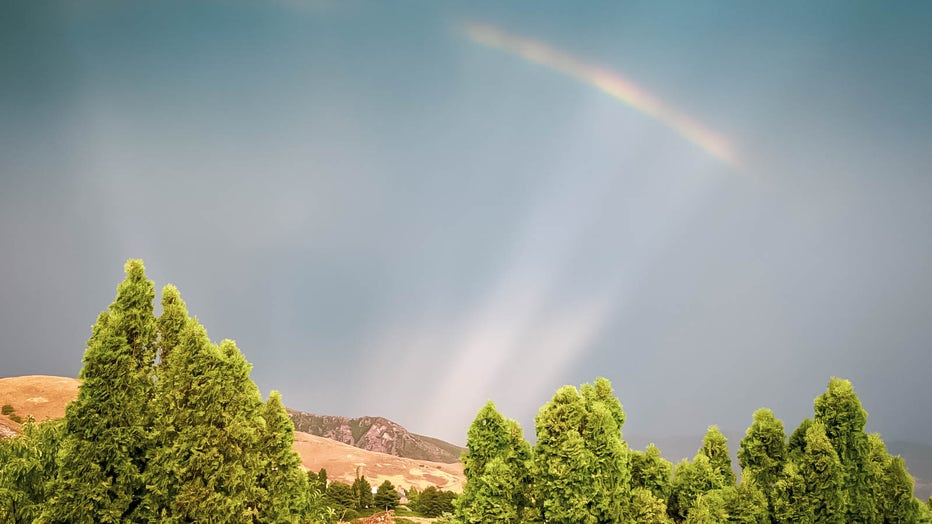 The phenomenon is called "rainbow spokes," according to the site Atmospheric Optics. The visible rays are just sunlight breaking through the clouds.  The rays of light are actually parallel and stretch along the sky, but appear to us to be converging on the horizon due to perspective.

"Think of a long, straight road -- it convergences toward the horizon but turn around and it also convergences in the opposite direction," the Atmospheric Optics site said. 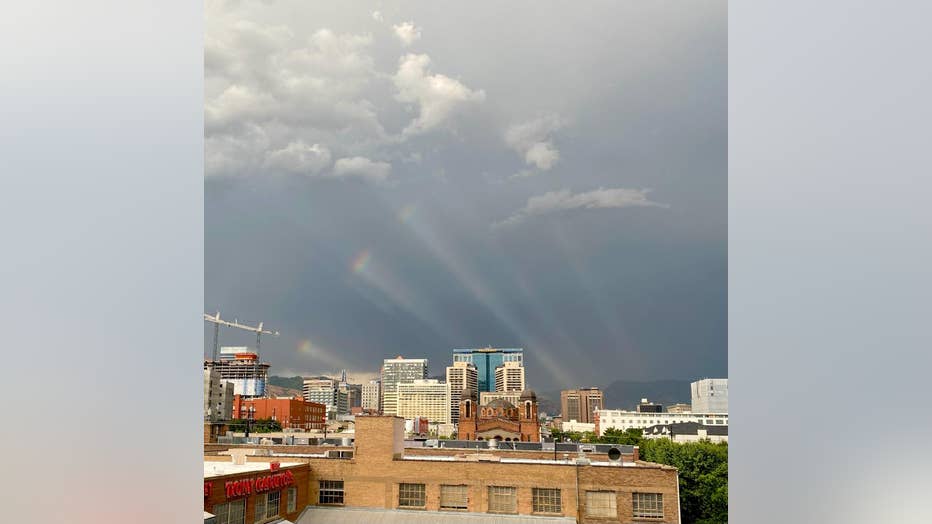 In the case of a rainbow spoke, you're combining the effects of the crepuscular rays with conditions that make a rainbow -- sun to your back; rain falling to your front. Had the sun been unobstructed, it would have been a traditional-looking rainbow. 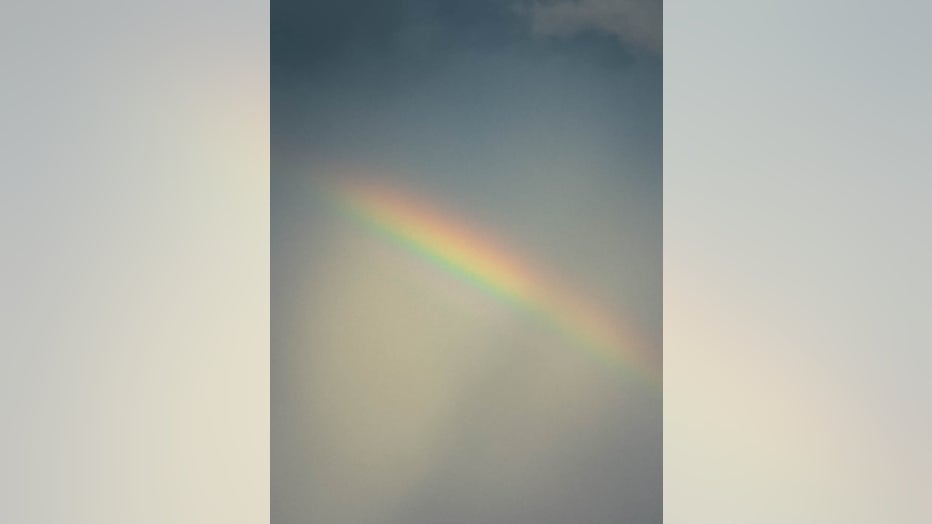 But with clouds blotting parts of the sun, you get the "spoke" effect with the sunlight – like light shining through a curtain with holes in it - and the rainbow has the appearance of being the "tire" around the spokes. But it's only visible along the arc where the sun is breaking through the cloud to begin the light refraction process. The rainbow goes dark in the spots where clouds block the sunlight.