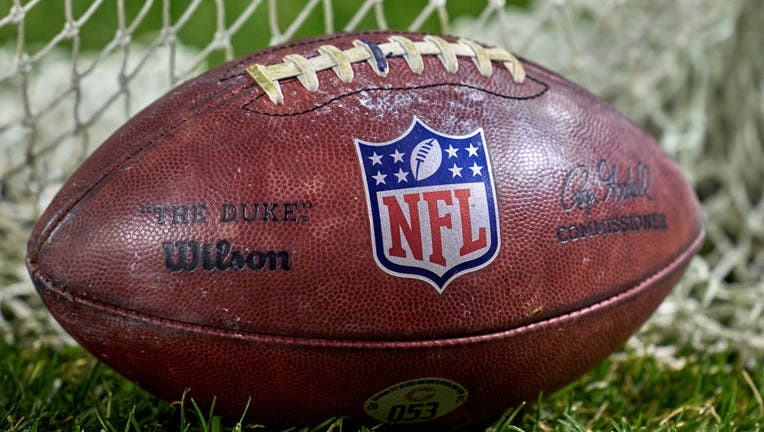 A detailed view of the NFL logo crest is seen on a Wilson football during a game between the Chicago Bears and the Minnesota Vikings on December 20, 2021, at Soldier Field in Chicago, IL. (Photo by Robin Alam/Icon Sportswire via Getty Images)

Black Monday, the first Monday following the regular-season finale, is the day when many struggling NFL teams announce coaching changes or front-office shake-ups.

Minnesota Vikings head coach Mike Zimmer and Miami Dolphins head coach Brian Flores were among those who have been let go, according to reports and team officials.

By no means is a team required to wait until Black Monday. The Denver Broncos (7-10) announced Sunday morning that they would be parting ways with head coach Vic Fangio. The Broncos showed glimpses this season, but couldn’t outrun the damage caused by two four-game losing streaks.

Two other squads also made coaching changes earlier this year, though these moves were more the result of controversy than performance.

Jon Gruden resigned as head coach of the Las Vegas Raiders earlier in the season after emails he sent years ago revealed a pattern of racism, misogyny and homophobia. The Jacksonville Jaguars fired Urban Meyer amid poor on-field performance and leaks that he was abusive to players.

Last year, only two coaches were fired on Black Monday. But there are many more coaches on the hot seat as this season draws to a close.

Mike Zimmer, one of the longest-tenured coaches and head coach of Minnesota Vikings since 2014, was fired on Monday, according to reports.

Despite his 72-56-1 record overall, the Vikings finished with losing records in back-to-back seasons. And they only won two playoff games under Zimmer’s leadership.

According to Tom Pelissero and Ian Rapoport with the NFL Network, the Vikings fired both Zimmer and General Manager Rick Spielman.

Zimmer had previously downplayed the notion that his job was in jeopardy, pointing fingers at the media for stoking such speculation. After Sunday’s win against the Chicago Bears, Zimmer said he hadn’t heard from ownership about his job status, only that, "It’s not my choice, not my decision" if he had coached his last game.

Brian Flores, head coach of the Miami Dolphins, was fired on Monday after three seasons. The team confirmed the news on Twitter.

"After evaluating where we are as an organization and what we need going forward to improve, I determined that key dynamics of our football organization weren’t functioning at a level I want it to be and felt that this decision was in the best interest of the Miami Dolphins," owner Stephen Ross said in a statement.

Flores, who was named the team’s 13th head coach in 2019, had a 24-25 record with the Dolphins. On Sunday, the team finished their season by defeating the playoff-bound New England Patriots 33-24.

Matt Nagy, who endured his first losing season as head coach of the Chicago Bears (6-11), was fired on Monday, alongside general manager Ryan Pace, according to an ESPN report.

Nagy was touted as an offensive guru when he was hired by the Bears in 2018. This season, the Bears rank among the bottom five teams in total offense.

The Bears made the playoffs twice in Nagy's four-year stint with the team but failed to win either game, including the infamous "double-doink" loss against the eventual Super Bowl champion Philadelphia Eagles.

Nagy had been on the hot seat for most of the year fueled by a mid-season stretch where the team dropped eight of nine contests.

"I’ve never been in this position before. I continue to just go about business like normal. I mean that," Nagy said after Sunday's 31-17 loss. "I know this, whatever is supposed to happen will happen. I’m a positive person."

Judge went on a tirade last week, denouncing the notion that the franchise has become a "clown show" under his leadership. He claimed to have spoken to many former Giants who’ve expressed their desire to still be playing in New York.

"This ain't a team that is having fistfights on the sidelines. This ain't some clown show organization or something else," Judge said.

The team announced he'd been "relieved of his duties" Tuesday afternoon.

The move came one day after Dave Gettleman retired as general manager after a fourth straight double-digit losing season.

"We will hire a general manager and that person will lead the effort to hire a new head coach," team president John Mara said.

When the season ended, rookie head coach David Culley said he expected to return to the Houston Texans next year.

"I loved every minute of it," Culley said Monday. "Nobody likes losses, but I love this job…and that’s a beautiful thing."

While he went just 4-13 in his only season as the Texans' coach with a roster that was not expected to win many games, Culley led his team to a pair of monumental upsets over the Titans and Chargers, could have beaten the Patriots, and had a shot at sweeping Tennessee.

But Culley will not get a chance to continue rebuilding the team. He was fired Thursday, FOX 26 reports.

The team did not have an immediate statement.

There’s no question, Pete Carroll has a claim to be the best coach in Seattle Seahawks history. In 12 seasons, Carroll took them to the playoffs nine times, won the NFC West division five times, appeared in two Super Bowls and won one.

Even so, Seattle finished 6-10 this year. And the team has won just one playoff game since 2016.

With uncertainty surrounding the future of quarterback Russell Wilson, the Seahawks could look to press the reset button altogether.

Still, Carroll’s resume is the type that usually earns coaches the privilege of departing on their own terms — meaning a retirement or resignation would be more likely than being fired.

Head coach Matt Rhule is likely to remain with the Carolina Panthers despite the team finishing 5-12 and losing their final seven games of the season.

Okam was on Rhule’s staff at Baylor and had been promoted from assistant defensive line coach last season.  Blackburn was a holdover from previous Panthers head coach Ron Rivera’s staff.

This story was reported from Atlanta. Kelly Hayes and Daniel Miller contributed.