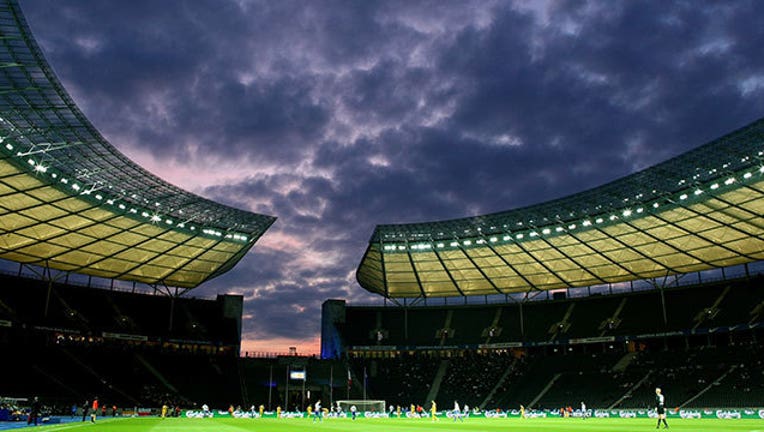 A stadium overview during the UEFA Europa League Group D match between Hertha BSC Berlin and FK Ventspils at the Olympic stadium on September 17, 2009 in Berlin, Germany. (Photo by Joern Pollex/Bongarts/Getty Images)

NYON, Switzerland (AP) - UEFA has taken the rare move of banning a player for 10 matches for racism.

The ban follows unspecified racist conduct by Makhnovskyi in a Europa League second qualifying round game against Gzira in Malta last week.

The ban ruled Makhnovskyi out of his team's next 10 matches in Europe, starting later Thursday in the third Europa League qualifying round against Vitória.

UEFA introduced a 10-match ban for discrimination in 2013. The organization recently could only cite it being applied previously in a futsal tournament.