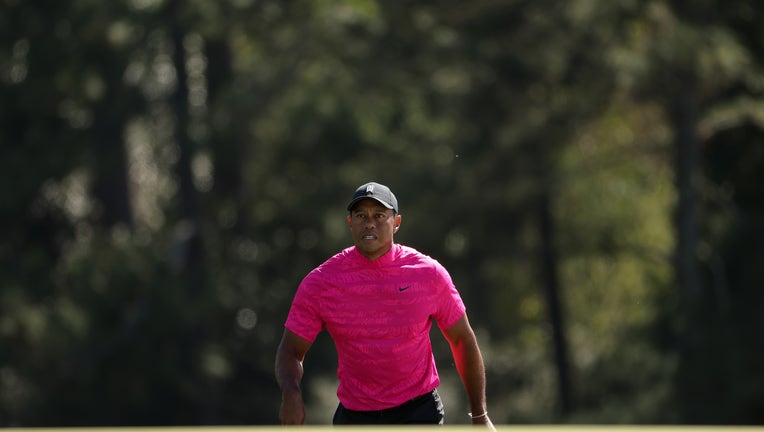 AUGUSTA, GEORGIA - APRIL 07: Tiger Woods walks to the 18th green during the first round of the Masters at Augusta National Golf Club on April 07, 2022 in Augusta, Georgia. (Photo by Jamie Squire/Getty Images)

AUGUSTA, Ga. - Tiger Woods is right where he wants to be heading into the second round of the Masters. He's in red numbers at 1 under, one of only 17 players who broke par.

He'll have a better idea where he is when Woods arrives Friday afternoon.

Sunjae Im starts the day with a one-shot lead after a 5-under 67. He is one shot ahead of Cameron Smith, with Dustin Johnson among those two behind. Im and Johnson are early starters in the second round with stronger wind in the forecast.

Friday also is about the top 50 and ties who make the cut. This is the only major in which Woods has never missed the cut as a professional.

The big test for Woods is how his legs hold up. This is his first time walking 18 holes in consecutive days since he returned from his car crash 14 months ago.

"If you would have seen how my leg looked to where it’s at now ... to get from there to here, it was no easy task," Woods said. 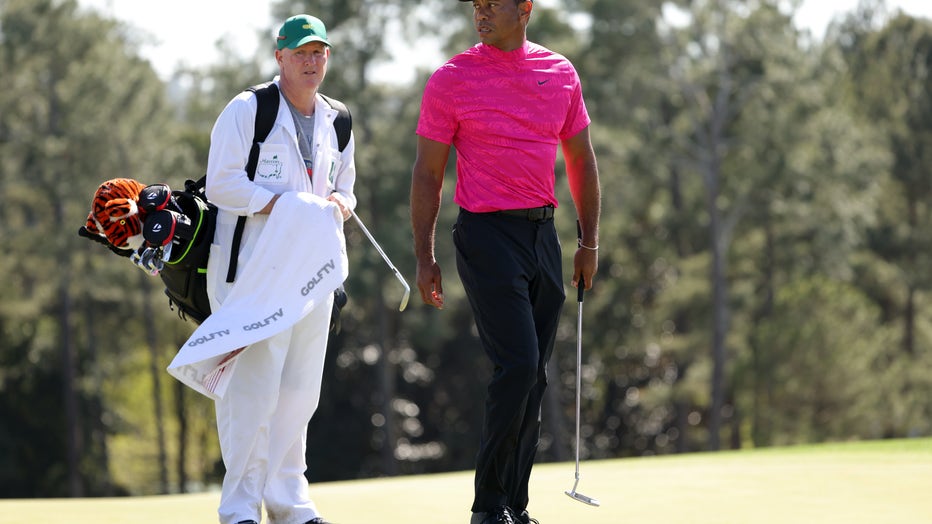 AUGUSTA, GEORGIA - APRIL 07: Tiger Woods looks on from the 18th green during the first round of the Masters at Augusta National Golf Club on April 07, 2022 in Augusta, Georgia. (Photo by Jamie Squire/Getty Images)

The scorecard said Woods shot a 1-under 71 on Thursday. That’s basically average for Woods at Augusta National; literally, his career average in 91 tournament rounds at the place is 70.9.

"Just the fact that, one, he’s alive, considering what that accident was about. Two, that he’s made a comeback to this point to be able to compete, it’s phenomenal," Woods’ longtime friend and incoming U.S. Ryder Cup captain Zach Johnson said. "Now, it’s also a situation where you’re talking about an individual that, I mean, are we really that surprised? ... He’s the best player I’ve ever played with, and I say that in all aspects. He is the best competitor I’ve ever witnessed."

Sungjae Im was the first round leader, shooting a 5-under 67. Cameron Smith was second, one shot back with a 68, and four players — Danny Willett, Joaquin Niemann, world No. 1 Scottie Scheffler and past Masters champion Dustin Johnson — were all two shots off the pace after rounds of 3-under 69.