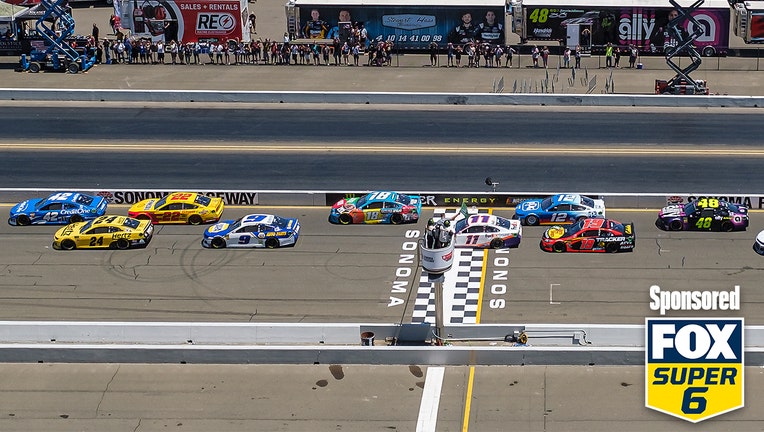 From the endless 600 mile race at Charlotte on Memorial Day weekend, the NASCAR schedule makers decided to throw a little curve at the best drivers in the world this week.

Kyle Larson will sit on the pole after his dominant win at the Coca-Cola 600 that saw him win all three stages and grab the checkered flag as he moves closer to the lead in the NASCAR Cup Standings.

Sunday's race is a great time to win some serious cash thanks to Clint Bowyer with the FOX Super 6 NASCAR Stage 2 contest. Just identify the correct answer for all six answers on the free FOX Super 6 app, and you could win $10,000 of Clint Bowyer's money – absolutely for free. All you have to do is download the app, make your picks and wait for the action to begin.

Here’s a look at the questions for Sunday’s race, as well as some notes on each.

Which of these drivers will have the best finishing position at the end of Stage 2?

Reddick may be the guy who flies under the radar the most of anyone on this list. He has Top 10 finishes in seven of his last nine races and has really been coming on for Richard Childress Racing. Logano may be the most popular pick, but Reddick could be the smart one.

We keep waiting for Hamlin – who still leads the current point standings despite not having a win this year – to break out in one of these races. This may be a good place for him to do so with a car that has obviously performed well all year long, even without a checkered flag.

Who will have the most points in the race by the end of Stage 2?

After watching Larson last week, the fashionable thing would be to pick him and feel good. This time, we’re going to play the contrarian and stay away.  Instead, we’ll stick with Elliott, who has won five of the last six on road courses. Truex is the other guy to watch in this spot.

How many Chevy’s will finish in the Top 10 of Stage 2?

This is a tough question because there was no race at Sonoma last year because of the pandemic, so some of the information and data that would be used may be a little dated. Still, Chevy has struggled since dominating at Sonoma in 2016 with five in the Top 10 finishers. Just something to keep in mind.

Which team will win Stage 2?

Hendrick right now has three of the top four drivers in the overall cup standings and has really performed well in recent weeks. There are just some times when it's good to take the obvious pick. This would be the obvious pick.

Play Clint Bowyer's FOX Super 6 NASCAR Stage 2 contest for free, and you could win $10,000! Just download the FOX Super 6 app and make your picks now for your chance to win!