Remembering Kobe: Catching up with a student from Kobe’s camp back in 2007

So many people have memories of Kobe Bryant they'd like to share. FOX 11's Hal Eisner caught up with one man who attended a Kobe Bryant basketball camp more than a decade ago. That he says, helped shape his life for the better.

LOS ANGELES - It's July 2007. Kobe Bryant is trying his hand at having a kid's basketball camp. It was his first and, lucky me, I got to cover this workshop 13 years ago that Bryant called "The Kobe Basketball Academy."

Back then I described the one-week camp as aiming to "teach kids the fundamentals of basketball" and to "help them get a better grip on offense and defense." 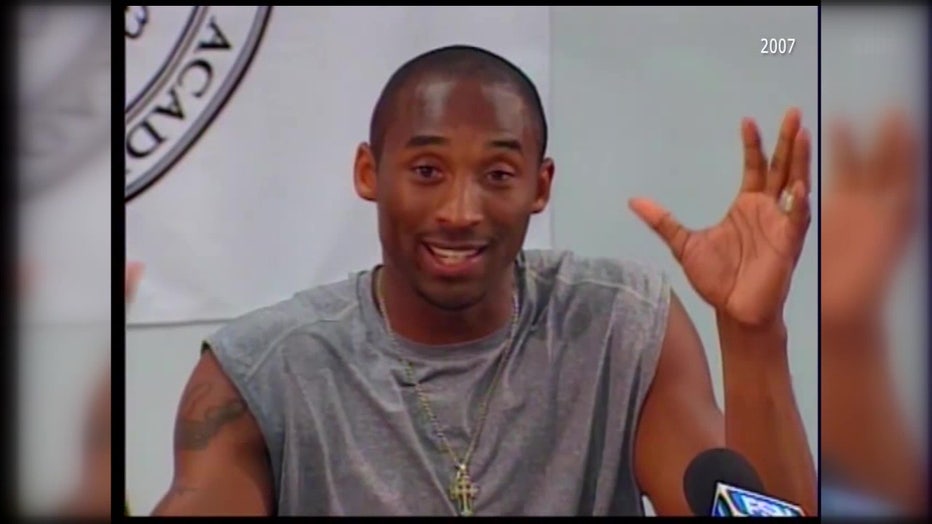 "Trying to discourage hogging the ball. You know... it happens with kids." Afterwhich, we heard Kobe say "with kids it's always (clap clap clap) throw the ball - all the kids are calling the kids name. You know what I mean... and... we don't want to have that."

In the story, one of the kids in the camp is 10-year-old Iverson Williams. That year he and his brother traveled to LA to go to the camp from North Miami Beach, Florida. Their aunt and uncle lived in L.A.

Recently his uncle wrote to me and asked if we still had that story in which I interviewed Iverson given the tragic death of Bryant. He said the family might like having it to remember.

Well, we found it in our archives and then found Iverson in Gainesville, Florida and with the help of our FOX affiliate there WOFL-TV we talked.

What did he remember from camp? how did he take the terrible news of Kobe's death?

What did he learn from the master!? 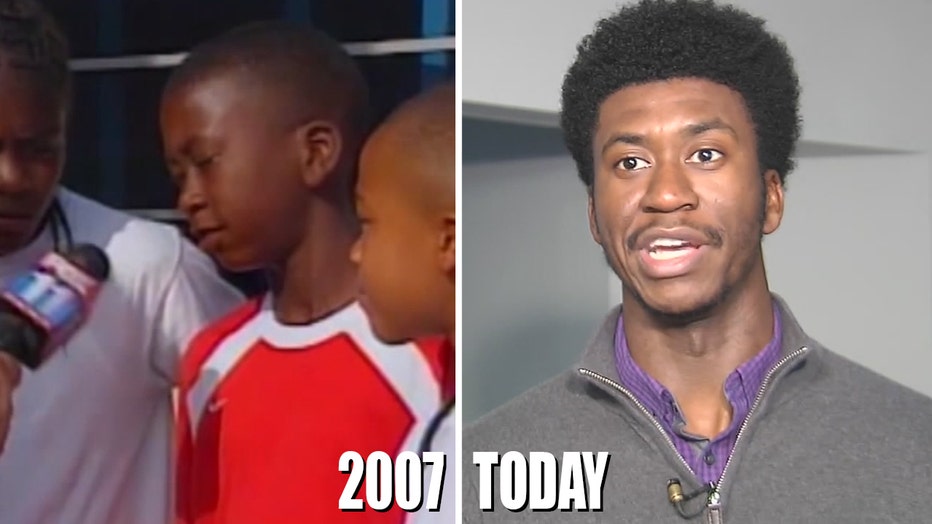 Williams says, "What I remember most was that just all of the kids who went to the camp.

All the basketball players who were there they all loved Kobe. They all loved being there." He said they idolized Bryant and added, "Just seeing him in person in the flesh... to get him to sign my basketball... it was like a dream come true."

And, then the nightmare. A helicopter into a Calabasas hillside and the realization that someone who really influenced him as a child was gone forever.

He credits Kobe's Mamba mentality, his life and play on the court for getting him as far as he's gone. A college graduate... he's now looking forward to medical school.