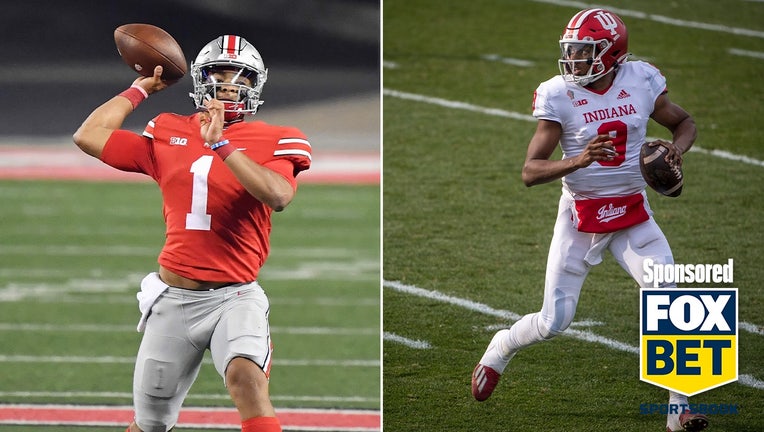 Seeing the Ohio State Buckeyes in the conversation for the Big Ten championship and a potential berth in the College Football Playoff is nothing new.

Seeing the Indiana Hoosiers in that spot, however, is something completely different.
Consider that Indiana’s last game of this magnitude came in 1968 when the Hoosiers met top ranked USC in the Rose Bowl. They have never played in a regular season game in school history where both teams were listed in the Top 10.

That will change on Saturday afternoon when No. 9 Indiana heads to the Horseshoe in Columbus to face No. 3 Ohio State in FOX’s Big Noon Kickoff showcase game (12 noon, FOX).

The storylines to watch
Ohio State was sidelined last week because of an outbreak of COVID-19 within the Maryland program that cancelled their contest. Still, this is clearly the best team in the Big Ten and this may be the last competitive game the Buckeyes will face before the conference title game. Justin Fields should be a contender for the Heisman Trophy, as the Ohio State quarterback has thrown for 908 yards and 11 touchdowns in just three games. Overall, the Buckeyes can beat you in a multitude of ways, like running Master Teague III (47 carries, 211 yards, 4 TD) behind the big Buckeyes line. Ohio State’s defense is allowing 356 yards and 23 points a game. But when you are racking up 511.3 yards and 46.3 points per game- maybe it isn’t that big a deal.

On the flip side, Indiana has rode the momentum from a stirring 36-35 overtime win over Penn State on Opening Day. Michael Penix Jr. has opened eyes from the quarterback spot by throwing for 1,070 yards and nine touchdowns in his first four games. Stevie Scott is a workhorse back with five touchdown runs. Indiana’s last three wins have been solid- 16 or more point victories against Rutgers, Michigan and Michigan State. However, the four teams they beat have a combined total of three wins between them. If they want to show that the program is on a certain level, they have to try and hang with Ohio State.