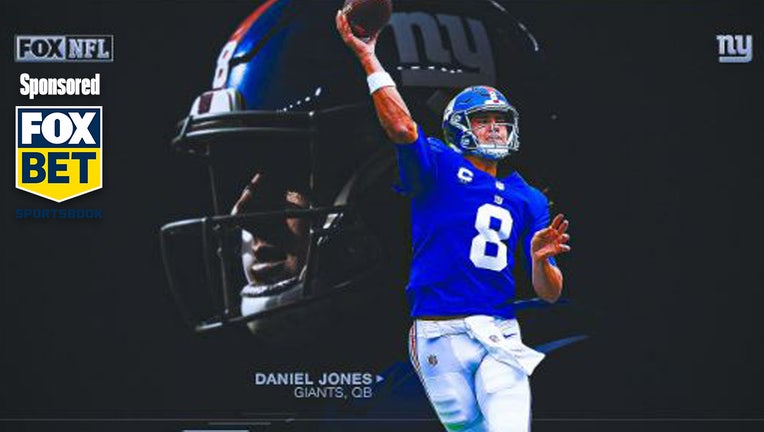 Here's all you need to know for the Cowboys-Giants game, from the point spread, moneyline, over/under and expert pick from Sam Panayotovich. (FOX Sports)

An early season NFC East battle is on the slate for Week 3 of the 2022 NFL season.

The Dallas Cowboys are visiting the Big Apple to face the New York Giants on Monday Night Football.

Da' Boys are riding high after a resilient win against the Cincinnati Bengals led by backup quarterback Cooper Rush and the defense. Rush was 19-for-31 passing for 235 yards with a touchdown, but it was his steady hand down the stretch that provided confidence for fans. Meanwhile, the defense came up with big plays time and again while sacking Joe Burrow six times.

The Giants come into this game undefeated after a gutsy 19-16 win over the Carolina Panthers in Week 2. After two strong wins, the Giants are looking to shed the loser label that has been hanging over their heads for the past few years. A win against the Cowboys would put the Giants in first place in the division and the league on notice that the marquee team in New York has something special brewing.

Here's everything you need from a betting perspective for the Cowboys-Giants game, from the point spread, moneyline, total over/under and expert pick (odds via FOX Bet):

The Cowboys are 5-2 ATS and SU in Monday night games since 2015, with the over hitting four times.

The Giants are 4-8 ATS and 5-7 SU at home against NFC East opponents since 2018, with the under hitting eight times.

The betting market just keeps going against my Giants.

New York opened as a 3-point home favorite in this spot, and respected play has knocked the point spread down to -1 almost everywhere (currently -1.5).

That’s pretty wild, considering nobody wanted to bet the Cowboys against the Buccaneers and Bengals, but after one upset with Cooper Rush under center, the Dallas money has re-entered the chat. Hmmm.

I understand most people aren’t excited to lay points with Daniel Jones and that roller coaster New York offense, but Wink Martindale is pushing all the right buttons with the defense.

And give me Brian Daboll over Mike McCarthy eight days a week.

Are you ready for the NFL season? If so, head over to FOX Bet for all your wagers.