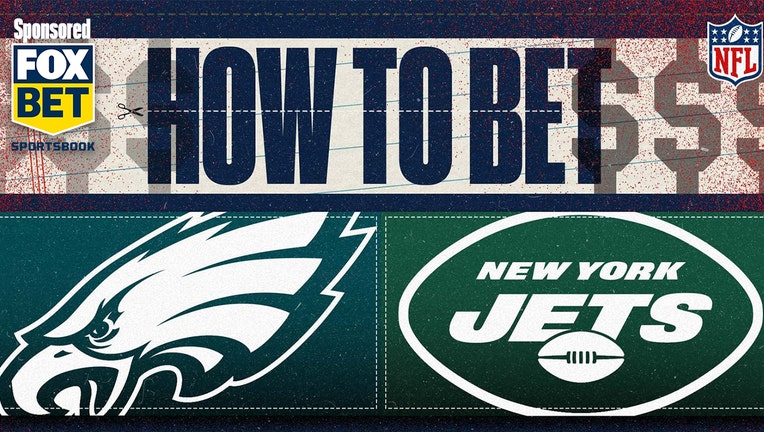 The 3-8 New York Jets are seeking their first-ever victory over the 5-7 Philadelphia Eagles when the teams meet on Sunday.

Here's everything you need to know about the NFL odds on Sunday's matchup between the Eagles and Jets — the point spread, moneyline, total over/under and picks from our betting experts (with all NFL odds via FOX Bet).

The Eagles are 11-0 against the Jets. It is believed to be the most active NFL wins against one team without a loss.

The game will be a battle of young quarterbacks.

The 23-year-old Hurts also leads the Eagles in rushing yards (695 on 122 carries) and rushing touchdowns (eight).

The Eagles have six wins against the spread (ATS) in 12 games this season.

The Eagles have hit the over in the over/under six times in 12 games.

The Jets have hit the over in the over/under six times in 11 games this season.

When underdogs by 6.5 points or more, the Jets have covered the spread once in five games.

FOX Sports' Colin Cowherd: "Jalen Hurts did not play well, but that was against the Giants. Their defense is pretty physical and rugged, and they've faced several good quarterbacks this year and did well. If you've watched Hurts this year, it's been two good games then a bad one. Up and down, but he's young, like Justin Herbert (of the Los Angeles Chargers). He's still a roller coaster, but he creates real problems and I don't know if the Jets match up with him.

"On the flip side, Zach Wilson still makes a ton of mistakes. I would take Philadelphia here."

FOX Sports' Jason McIntyre: "Eagles off a loss, I think this is an automatic play. When the Eagles stepped down in class vs. the likes of Detroit, they just smashed them. I'm told Zach Wilson suffered a knee injury in the last game, so I wouldn't say he's a lock right now to start this game. So that is another reason I bet the Eagles."