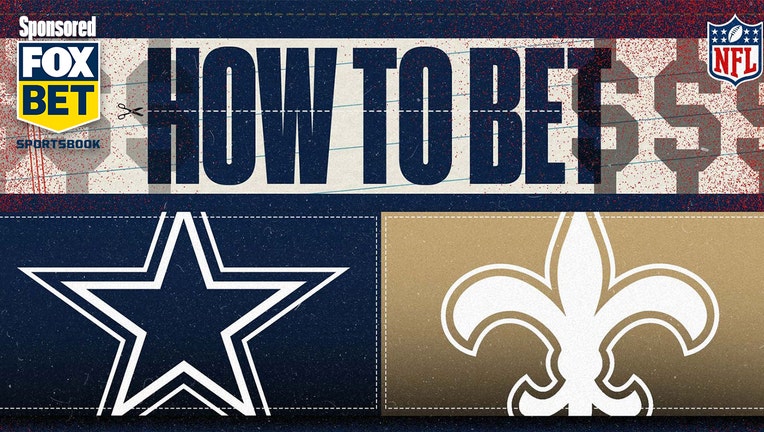 There will be a change at quarterback when the New Orleans Saints play host to the Dallas Cowboys on Thursday Night Football.

Here's everything you need to know about the NFL odds on the matchup between the 7-4 Cowboys and 5-6 Saints on Thursday Night Football — the point spread, moneyline, total over/under and pick from our betting expert (with all NFL odds via FOX Bet).

The Saints, mired in a four-game losing streak, reportedly will start Taysom Hill at quarterback against the Cowboys.

That won't be the only major change for this game. Cowboys coach Mike McCarthy and three assistant coaches tested positive for COVID-19. McCarthy is vaccinated but must sit out the game against the Saints. Defensive coordinator Dan Quinn, the former coach of the Atlanta Falcons, will be in charge Thursday.

Hill, who has been battling a foot issue, would replace Trevor Siemian, who replaced Jameis Winston, the No. 1 pick in 2015 who suffered a season-ending torn anterior cruciate ligament on Oct. 31. The Saints have not won a game since.

Hill is one of the most versatile players in the NFL. The undrafted free agent has played quarterback, running back, tight end, wide receiver and on special teams.

Hill will benefit from the expected return of star running back Alvin Kamara, who missed three games with a knee injury. Kamara has 728 yards on 120 carries with eight touchdowns.

"I don't think they can score against this Dallas defense," FOX Bet Live's Clay Travis said. "I think the Saints are done for as a playoff contending team and (the) Cowboys come into town, take them down, get off that three-game schneid, win to get to 8-4."

The Cowboys are also in a slump, losing their past two games and three of their previous four.

The Cowboys should get a boost from the expected return of receiver CeeDee Lamb, who was out with a concussion. Lamb has 50 catches for 740 yards and six touchdowns this season.

That is good news for Cowboys quarterback Dak Prescott. Prescott is 261-for-376 passing (69.4 percent) for 2,932 yards, 22 touchdowns and seven interceptions.

There were reports the Cowboys were considering resting running back Ezekiel Elliott, who has a bruised right knee, but Elliott said that was not true and he intends to play.

Receiver Amari Cooper is "still not feeling the best," McCarthy said, but is expected to return for the Cowboys after missing two games after testing positive for COVID-19.

The Cowboys lead the all-time series 17-13, but the Saints have won five of the past seven contests.

The Cowboys are 8-4 against the spread (ATS) this season.

The Cowboys have eight games with at least 400 yards in total offense this season, the most in the NFL.

The Cowboys have covered the spread in all three of their prime-time games this season.

The Saints have scored seven points or fewer in the first half in each of their six losses this season.

The Saints are 5-7 ATS this season.

The Saints have hit the over six times in 12 games.

FOX Sports' Clay Travis: "I think Dallas covers and wins, even without Mike McCarthy. The reason why is partly Dallas, but I think it's more the New Orleans Saints. Jameis being hurt has not helped things. Certainly, there's not a lot of reason for optimism based on Trevor Siemian.

"Now they're going back to Taysom Hill. We see what happens at the quarterback position there. But ultimately, I think this is all camouflaging the larger issue, which is Alvin Kamara makes this offense go. He is the engine."

PICK: Cowboys (-200 on the moneyline on FOX Bet) to win outright