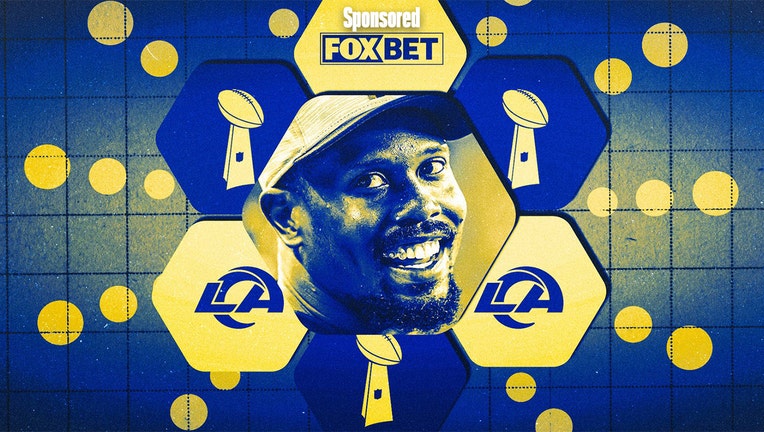 The Los Angeles Rams can attest to the old adage that it never rains in Southern California because lately, the sun has done nothing but shine on that franchise. And now after acquiring Von Miller via a blockbuster trade from the Denver Broncos for two, second-day 2022 draft picks, the Rams' Super Bowl odds just got a little brighter.

It's nothing for people living in Los Angeles to wake up to early-morning earthquakes, but the Miller-to-Rams news caused its own movement – in SoCal and across the NFL and Super Bowl futures markets.

But, once word got out that the trade was being finalized for the veteran linebacker to head to warmer weather, the Rams' title odds shortened to +650 at FOX Bet (meaning a $10 bet right now on the Rams would win you $75 total).

Miller being traded to Los Angeles is just one of the many highlights of the team's year so far. They were able to offload quarterback Jared Goff to the Detroit Lions in exchange for a more dynamic upgrade at that position in Matthew Stafford. This means the Rams now have the veteran leadership on both sides of the ball necessary to contend for a Super Bowl.

However, for a team whose defense was already ranked 10th in the League — allowing only opponents only 21 points per game — how much does Miller's presence impact the Rams from a betting perspective?

According to FOX Bet content integration specialist Jacob Blangsted-Barnor, Miller to LA didn't influence the odds as much as one might think.

"While Von Miller is a great piece to add to the Rams' defense, there's only so far you can move some odds for a defensive player at the age of 32."

The mature, eight-time Pro Bowler joining coach Sean McVay and the rolling Rams moved the lines incrementally, yes, but what does it mean for bettors who want in on some Super Bowl wagers now?

For that, we turned to FOX Sports betting analysts Sam Panayotovich and Jason McIntyre.

"Go ahead and bet on the Rams to win the Super Bowl if you're feeling froggy," Panayotovich said. "I think Los Angeles to win the NFC West at even money (+100 at FOX Bet) is a better bet."

"The Cardinals' unexpected hot start still has them as the slight favorite, but I'm not a believer. The Rams don't have to go through Aaron Rodgers or Tom Brady to win the divisional bet. Only Kyler Murray and an Arizona group that has no history of closing the deal stands in your way."

McIntyre, on the other hand, isn't so sure about leaping on Los Angeles, at least not yet.

"I loved the Rams after the Stafford trade at +1300, but I'd pass on the current number of +650, even with the addition of Von Miller," McIntyre pointed out. "They've only beaten one team with a winning record, and are very likely to lose one or two of their next three games versus Tennessee, at San Francisco, and at Green Bay.

"I'd wait for a loss. Perhaps FOX Bet lengthens their odds closer to around +1000, which is where I'd see some value in the Rams."

For what it's worth, statistically, the Rams' offense is ranked fifth in the NFL, scoring 30.6 points per game, and their defense allows teams an average of just 2.2 touchdowns per game. It's no wonder why they're near the top of the pack when it comes to the betting market involving the Lombardi Trophy.

So will the Miller move motivate you to throw some cash on Los Angeles to win the Super Bowl in SoFi or the NFC West? If so, what are you waiting for?