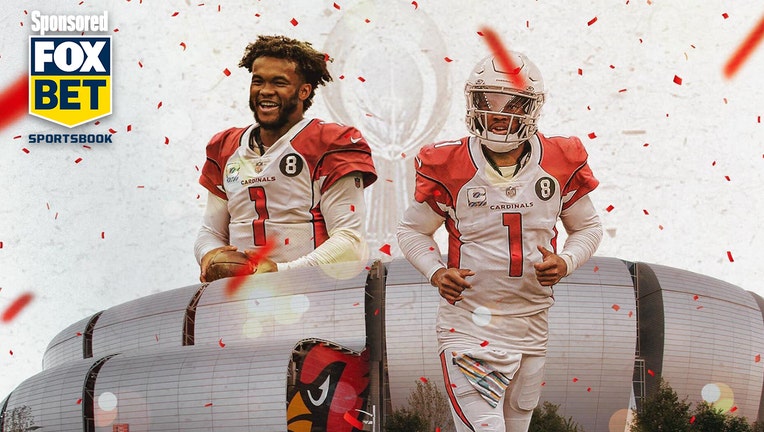 A third-year undersized quarterback, a roster depleted with injuries and a 42-year-old coach who is one of the youngest in the NFL. This reads like the beginning of Nightmare on Football Street, but it's not. It's a glimpse into what could very well end up being the most magical season in Arizona Cardinals' history.

So instead of, "bettors, beware," it's "bettors, be bold" and bet your bucks on the Cards because they just might be real Super Bowl contenders.

Arizona's odds to win the Super Bowl started the year at +1000 at FOX Bet (bet $10 to win $110 total). After the Cardinals' 31-17 upset victory over the San Francisco 49ers Sunday, oddsmakers took notice, shortening Arizona's odds to +900 to hoist the Lombardi Trophy.

"Ultimately, we keep shortening the Cardinals because they keep winning and keep impressing," FOX Bet content integration specialist Jacob Blangsted-Barnor said. "The loss to Green Bay was tough, especially with no Davante Adams, but in a year when no team looks invincible, you need to praise a team that’s beat the Titans, Rams, and 49ers twice."

Kyler Murray, listed at 5'10 and 207 pounds, is one of the League's smallest quarterbacks. Somehow, though, his stature hasn't been a detriment to coach Kliff Kingsbury's offense. Murray has thrown for 2,276 yards this season and is tied for seventh in the NFL with 17 touchdown passes for the year.

And perhaps it's the former Oklahoma Sooners' slight build that gives him the speed that makes him an offensive threat. This season, he's used his speed to rush for 147 yards and three rushing TDs. FOX Bet currently lists the superstar athlete at +375 to win League MVP.

It's not just the offense, though, that gets the job done in and out of State Farm Stadium. Arizona's defense ranks third in the NFL in points, giving up only 17.2 points per game. The only two better defenses in that category are the Bills and the Denver Broncos.

As a matter of fact, in the Cardinals' routing of the San Francisco 49ers in Week 9, their defense held the boys from the Bay to just 39 yards on the ground. The Niners entered that game ranked 10th in the NFL in rushing. They left defeated and stifled.

It's absolutely imperative to note that Arizona's huge victory over San Francisco was made possible by backups since Murray and former Pro Bowl receivers DeAndre Hopkins and A.J. Green were all out with injuries.

But not everyone is all-in on the Cards. Former NFL player and FOX Sports betting expert Geoff Schwartz gave his take on Arizona's ability to win the big one.

"Arizona is dialed in right now, and defensively they are doing enough," Schwartz noted. "Kliff Kingsbury has fine-tuned his offense to attack defenses both horizontally and now vertically, making them tough to game plan for.

"My usual concern with a Kingsbury team is their ability to finish a season strongly," the former offensive lineman stated. "Throughout his career, including college, his teams have done poorly in the second half of the season.

"You can sprinkle some money on their Super Bowl future, but I’m still in a wait-and-see mode with them."

Blangsted-Barnor shares Schwartz's sentiments, to a point. He believes that the race is wide open this year compared to others.

"I do think the Rams are a better team personally (I’d also argue the same about Tampa and Buffalo), but Arizona has a lot of talent across the board, and it wouldn’t surprise me to see them go far, especially with at least five or six more winnable games left on their schedule," the oddsmaker said.

As we look ahead at the rest of their schedule, the teams that might give AZ the most trouble on their road to the Super Bowl are the Rams and the Dallas Cowboys. FOX Bet has Los Angeles with the second-best Super Bowl odds, and that's likely because of their revamped offense that averages 399.3 yards per game.

Then we've got the Cowboys, led by Dak Prescott, with the third-best scoring offense in the NFL, putting up 30.1 points per game. Prescott is another MVP favorite with odds currently sitting at +475. Los Angeles and Dallas very well could be the Cards' most formidable foes left on the schedule. Aside from those two opponents, the Cardinals should be favored against the rest of their opponents until the season is over.

With an MVP front-runner at QB and a relatively easy schedule down the stretch, do you believe in Arizona's Super Bowl chances enough to make a wager on them? If so, wait no longer and get your bets in now!