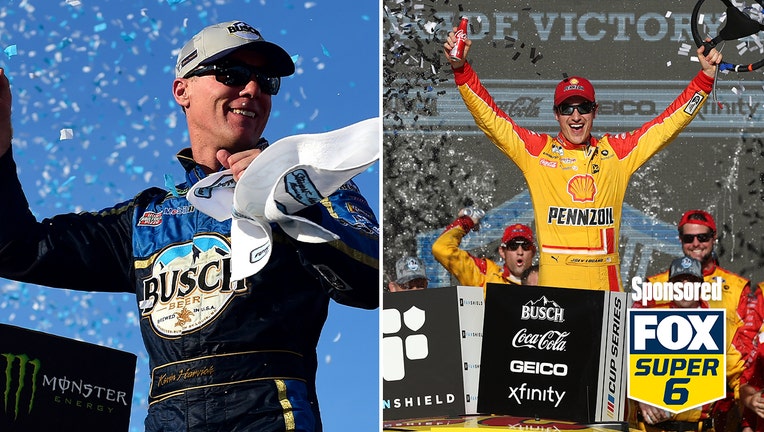 Time is rapidly running out on the weird, wild, delayed and exciting 2020 NASCAR season.

After a three day weather delay in Texas ended with Kyle Busch’s win on Wednesday, the crews headed towards Martinsville, Virginia where the Xfinity 500 – the next to last race on the season schedule and the final one before the cutdown to the Championship Four for the season finale next weekend in Phoenix.

And with FOX’s Super 6, you could end up winning $25,000 in cash if you can pick the final positions for the six drivers listed within the race.

The best part of all is playing FOX Super 6 is free. Just download the app from the App Store or Google Play, sign up and pick the range where the drivers will finish at the end of the race. That’s all you have to do.

The six drivers involved in this week’s competition are:

Joey Logano
The 2018 NASCAR Cup Series champion sits atop the playoff standings and has guaranteed himself one of the spots in the championship four next weekend even after a 10th place finish in Texas. He has one win and seven Top 5s in 23 races in Martinsville.

Kevin Harvick
Currently second in the NASCAR Cup standings heading into the weekend, Harvick fell off the pole last weekend and ended up 16th. At Martinsville, Harvick hasn’t fared too well with an average finish of 14th and one win in 38 starts.

Denny Hamlin
The No. 11 car still holds a playoff spot down after a ninth place finish at Texas. He loves Martinsville, having five wins and 15 top five finishes at the track in 29 races. Another strong showing would lock down a spot in the championship race.

Brad Keselowski
The No. 2 car starts holds a 25 point lead on the fourth and final spot in the championship bracket for next week heading into Virginia and will sit on the pole after a sixth place finish in Texas. At Martinsville, he has two wins and 10 Top 5s in 21 starts.

Alex Bowman
The No. 88 car needs a big race on Saturday to get out of the fifth spot and leap into the title race, standing 25 back of Keselowski. Bowman has never won at Martinsville in his three-year NASCAR career.

Chase Elliott
Like Bowman, Elliott starts the final race just 25 points back of Keselowski for the fourth spot and the last ticket to Phoenix with a shot at the title. The bad news? Elliott finished 20th at Texas last week and has no wins and three Top 5s at Martinsville.

Play FOX Super 6 as the NASCAR playoffs heat up and you could win $25,000 in cash. Download from the App Store or Google Play. It’s free and easy!