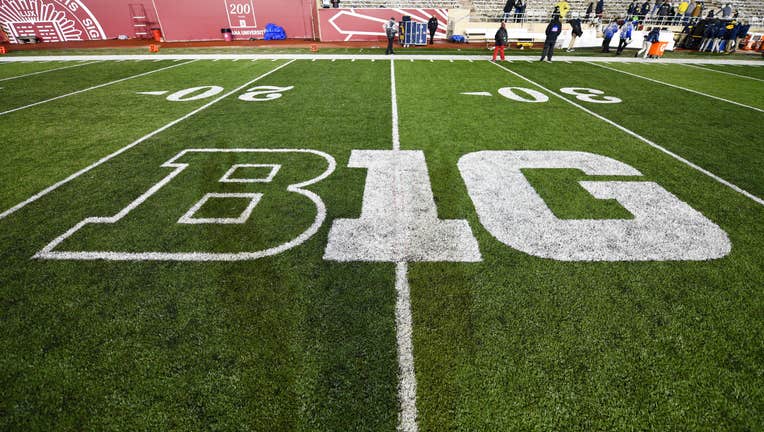 BLOOMINGTON, IN - NOVEMBER 23: The Big Ten Conference logo at Memorial Stadium following a college football game between the Michigan Wolverines and Indiana Hoosiers on November 23, 2019, at Memorial Stadium in Bloomington, IN.(Photo by James Black/I

MINNEAPOLIS - If a hot microphone at the University of Nebraska is any indication, the Big Ten Conference may be having a football season this fall after all.

According to KETV, a news station in Omaha, Nebraska President Ted Carter was heard on a live microphone before a news conference talking about an announcement on a Husker football season. Making small talk with Bob Hinson, the director of the National Strategic Research Institute, Carter is heard before a news conference saying, “We’re getting ready to announce the Huskers and Big Ten football tonight.”

This comes about a month after Big Ten presidents and chancellors voted by an 11-3 margin to postpone the fall sports season due to the COVID-19 pandemic. The three schools to vote against the postponement were Nebraska, Iowa and Ohio State.

The postponement of fall sports, in particular football, is hitting colleges and universities heard. Just last week, Minnesota Athletic Director Mark Coyle announced after this year, men’s gymnastics, track and field and tennis were being cut, and eight positions within the department were being eliminated to cut costs as they face a potential $75 million loss in revenue without a football season.

Following the Big Ten’s announcement to postpone fall sports, parents of athletes sent letters to the Big Ten office pleading them to change their decision, and even protested outside the league offices. Eight Nebraska football players filed a lawsuit against the league to get further details on how the decision was made, including the vote.

Stay tuned, we may have more official news about Big Ten football by the end of the day.