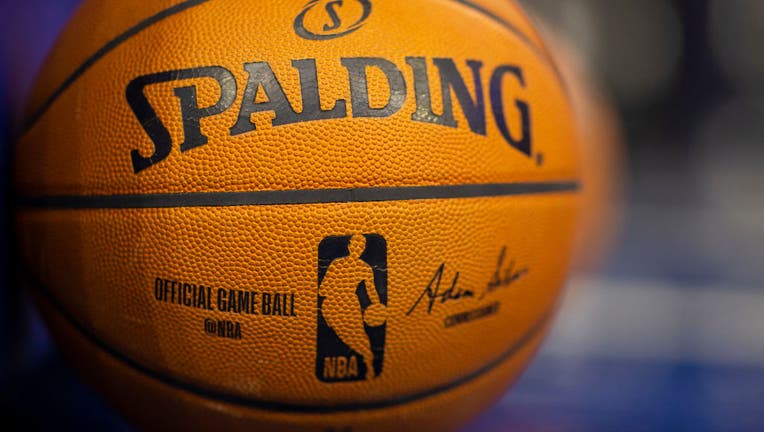 A detailed view of a Spalding official NBA game ball prior to the game between the Cleveland Cavaliers and Philadelphia 76ers at the Wells Fargo Center on Nov. 12, 2019 in Philadelphia, Pennsylvania. (Photo by Mitchell Leff/Getty Images)

All NBA team personnel who will be near players and referees must be fully vaccinated against the coronavirus this season, the league told its clubs in a memo on Friday.

It essentially covers anyone who will travel with teams, be around the bench areas, have access to home, visiting and referee locker rooms and those working at the scorer’s table. The league also said in the memo, a copy of which was obtained by The Associated Press, that the policy may be updated when federal agencies release "expected guidance related to booster shots."

Team personnel will need to be fully vaccinated by Oct. 1; game-day personnel by the time of a team’s first home preseason game, which means early October.

The NBA said exemptions will be made in the cases of unionized workers who cannot be forced to be vaccinated, and for those with religious or documented medical reasons.

Those not fully vaccinated, the NBA said, "will be prohibited from having in-person interaction with, or being within 15 feet of, any player or referee." They would also not be permitted to travel with teams and would have to wear face masks at all times inside team facilities.

Training camps for all 30 NBA clubs begin in late September, with preseason games in early October and the start of regular-season play Oct. 19.