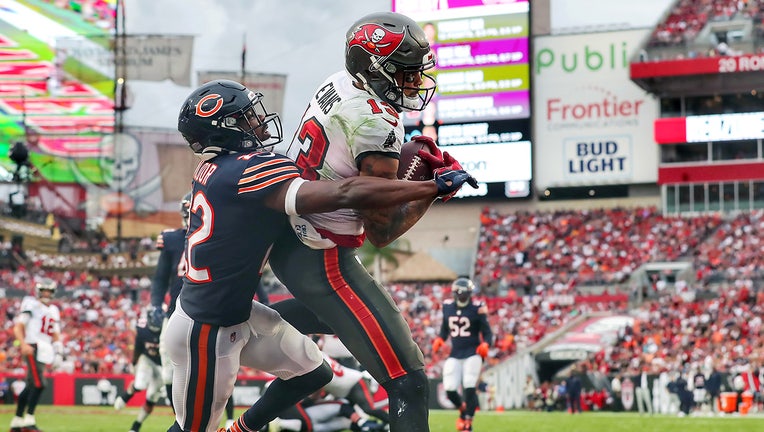 Mike Evans catches a touchdown which was the 600th career touchdown pass from Tom Brady. (Photo by Cliff Welch/Icon Sportswire via Getty Images)

TAMPA, Fla. - It was another record-setting day for Tom Brady and Mike Evans. The two reached new heights no other player has achieved.

Brady tossed four touchdown passes in the first half; three going to Mike Evans. The connection included Brady’s 600th career toss, a mark no other player in NFL history has reached. So what does Evans do with the milestone ball? How about giving it to a fan in the stands.

"That was really cool. I’ve got it in the bag over there," said Brady. "Mike Evans gave it away and said, ‘I’m sorry man, I’ll get it.’ I said, ‘It’s alright, I’m sure they’ll figure out a way to get it back.’ I don’t actually keep too many things, though in that circumstance, I just felt like that might be a good one to keep."

RELATED: Bears no match for Buccaneers in 38-3 loss

After lengthy negotiations, Byron Kennedy, a resident doctor from Largo, accepted Brady's request and package deal to return the ball. The compensation included another ball and a signed jersey. He probably could have run out of the stadium and sold it for a lot more. 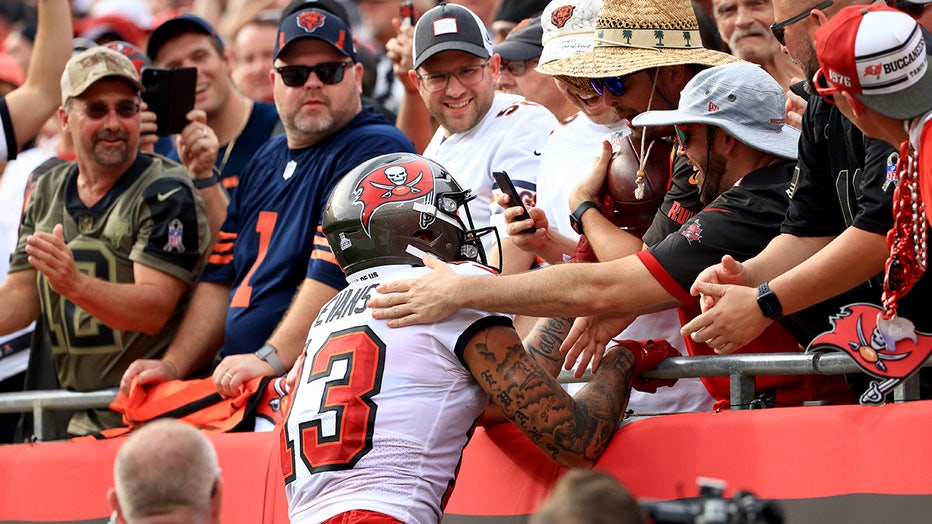 "That’s pretty cool, that’s pretty cool – he’s going to get something nice in return," said Brady.  "So we’ll get him a helmet or a couple of jerseys or some other stuff – it was really cool of him to do that."

Brady got his record ball and Evans saved face with a historic day. 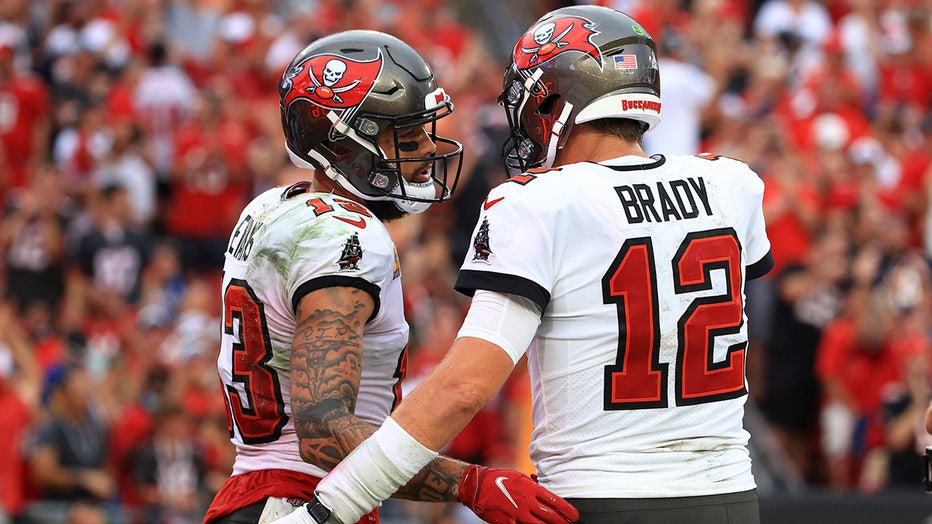 Mike Evans and Tom Brady celebrate after scoring a touchdown in the second quarter against the Chicago Bears. (Photo by Mike Ehrmann/Getty Images)

Evans is the only player in team history with three or-more touchdowns in a single half, and he has now done it twice.

"He got a lot of double coverage – he got open on the deep route which was great," said Brady. "Caught the ball on the fade. He just does a great job, I mean he is an incredible receiver – he’s so gifted in every way. He’s quick, he’s tough, he’s strong, he’s physical – just does an incredible job for us. Out there every day at practice just doing everything he can to help the team win."