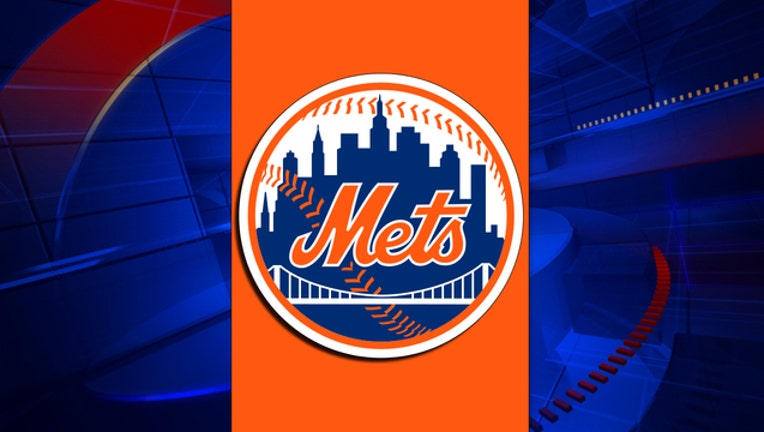 NEW YORK (AP) — All-Star pitcher Marcus Stroman was acquired by his hometown Mets from the Toronto Blue Jays on Sunday for a pair of minor league prospects, a trade that makes it likely New York will deal away one of its current starters by Wednesday's deadline.

A 28-year-old right-hander who made his first All-Star team this season, Stroman is 6-11 in 21 starts despite a 2.96 ERA that is fifth-best in the American League. He is eligible for arbitration next winter and can become a free agent after the 2020 season.

Toronto received two of New York's top pitching prospects in 24-year-old left-hander Anthony Kay and 18-year-old righty Simeon Woods Richardson. As part of the swap, the Mets get $1.5 million from the Blue Jays to offset much of the $2,506,452 remaining on Stroman's $7.4 million salary this year.

The 5-foot-7 Stroman is 47-45 with a 3.76 ERA in six big league seasons. He grew up on Long Island near Mets starter Steven Matz, about 50 miles from Citi Field.

"Marcus is a dynamic talent who will bring tremendous passion to our team and energy our fans will truly appreciate," first-year general manager Brodie Van Wagenen said in a statement. "As a Long Island native, we believe that Marcus will thrive playing in New York."

With reports emerging that the deal was close to completion, Stroman posted a tweet that read: "Toronto, I love you...forever!" It was followed by a Canadian flag.

New York (50-55) is six games back in the NL wild-card race, with six teams ahead for the two spots, after a four-game winning streak that boosted the Mets to 10-5 since the All-Star break. With the trade deadline coming up and Stroman now in the fold, New York seems likely to ship off at least one member of its current rotation, which includes Matz, Noah Syndergaard, Zack Wheeler, Jason Vargas and NL Cy Young Award winner Jacob deGrom.

Syndergaard, Wheeler and perhaps Vargas appear the most probable candidates.

Wheeler can become a free agent after this season, as can Vargas if his 2020 club option is not exercised. Syndergaard and Matz can become free agents after the 2021 season, and deGrom is signed through 2023 — though he has the right to opt out a year early.

Stroman was a prep star at Patchogue-Medford High School on Long Island before attending Duke University. On April 16, 2009, he pitched against Matz, who was on Ward Melville High in East Setauket.

Kay is 1-3 with a 6.61 ERA in seven starts for Triple-A Syracuse after starting the season 7-3 with a 1.76 ERA in 12 starts at Double-A Binghamton. He also went to Ward Melville, like Matz, and was drafted by the Mets on the 29th round in 2013 but chose to go to the University of Connecticut. Taken on the first round with the 31st overall pick in 2016, he signed for a $1.1 million bonus.