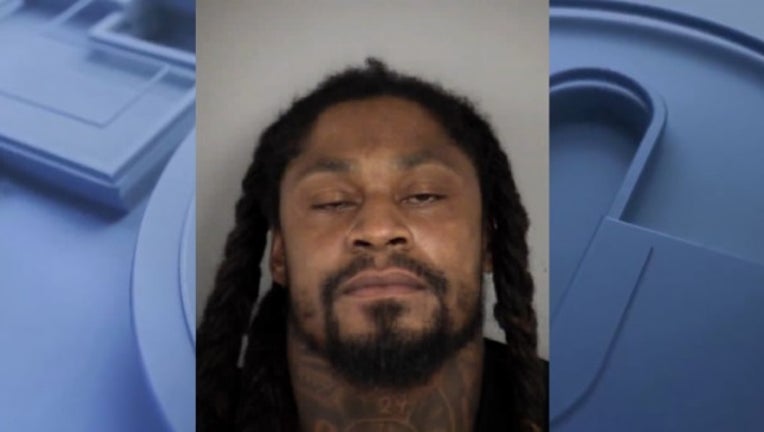 Former Seattle Seahawks running back Marshawn Lynch arrested in Las Vegas on suspicion of driving under the influence. (City of Las Vegas)

LAS VEGAS - Former Seattle Seahawks running back Marshawn Lynch was arrested on suspicion of driving under the influence in Las Vegas, police said.

On Tuesday, the Las Vegas Metropolitan Police Department said they were conducting vehicle stop on a driver at Fairfield Avenue and West Utah Avenue.

Officers determined the driver was impaired and arrested him.

Police identified the driver as Marshawn Lynch, former NFL star. He was taken to the Las Vegas City Jail and booked for driving under the influence.

Witnesses told TMZ Sports that Lynch was driving into curbs on the side of the road before being stopped.

TMZ reported that Lynch did not submit to a breathalyzer but did have his blood drawn.

Lynch played in the NFL for 12 seasons for the Seattle Seahawks, Oakland Raiders and Buffalo Bills. He was with Seattle for its Super Bowl championship in 2014.

The news came on the same day that the Seahawks announced Lynch would be a special correspondent for the team "where he will produce creative content for a variety of projects."

Two Seattle stars have invested in the Kraken

This is a developing story, and will be updated.