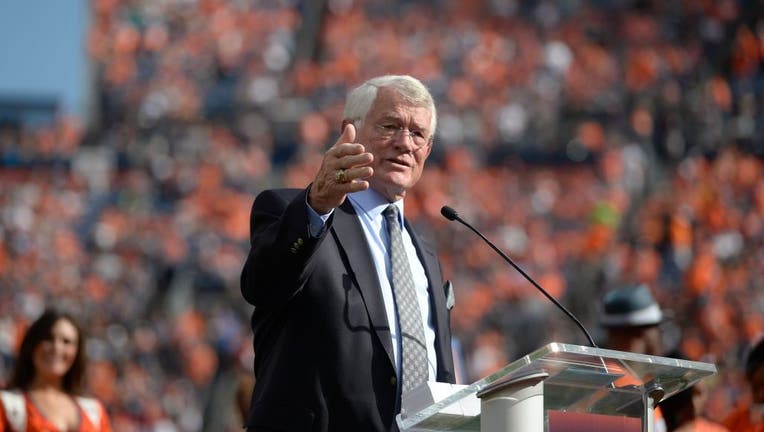 Dan Reeves, the former NFL player and longtime coach, passed away on Saturday at the age of 77, according to the NFL.

Reeves’ family confirmed his death in a statement to the NFL Network.

"Legendary NFL player and coach Dan Reeves passed away early this morning, peacefully and surrounded by his loving family at his home in Atlanta, GA," the statement said. "He passed away at age 77 due to complications from a long illness. His legacy will continue through his many friends, players and fans as well as the rest of the NFL community. Arrangements are still to be determined."

Reeves’ NFL career spans 38 years. He played running back for the Dallas Cowboys where he won Super Bowl VI. He later joined the Cowboys’ coaching staff where he won another championship in Super Bowl XII.

He served as head coach for the Denver Broncos, New York Giants and Atlanta Falcons. In all, he took part in nine Super Bowls. Reeves wrapped up his coaching career in 2003 with a record of 190-65-2.

During his 12-year stint leading the Broncos, Reeves won 605 of his games, five division championships and only had two losing seasons. The franchise inducted him into its ring of fame in 2014.

"Reeves coached the Broncos with integrity, character and toughness along with sincere appreciation for his players and coaches," the Broncos said in a statement.

The Falcons also paid tribute to Reeves Saturday morning. He led the Dirty Birds to Super Bowl XXXIII where they fell to the Broncos.

"Dan Reeves leaves a lasting legacy in our game as a player and coach. His track record of success in Dallas, Denver, New York and Atlanta over several decades speaks for itself, marking a long and successful life and career in football," Falcons owner Arthur M. Blank said in a statement. "On behalf of the Atlanta Falcons I extend our condolences to Dan's family and friends as they mourn his passing."