History of the World Cup

How the World Cup became the world's most popular sporting event.

BUENOS AIRES - Lionel Messi has confirmed that the World Cup in Qatar next month will be the last of his career.

The 35-year-old Argentina star will play in his fifth World Cup but is still seeking his first title at the showpiece tournament.

"There's some anxiety and nerves at the same time ... it is the last one," Messi said in an interview with Star Plus.

It is the first time the Paris Saint-Germain striker has spoken openly about his future after the tournament, which starts on Nov. 20. 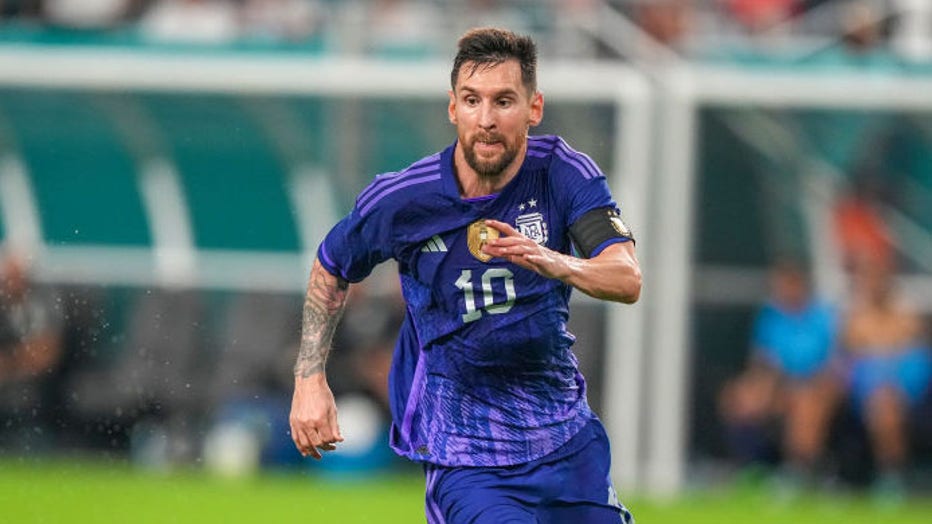 FILE - Forward Lionel Messi #10 of Argentina runs with the ball during the international friendly match between Honduras and Argentina at Hard Rock Stadium on Sept. 23, 2022, in Miami Gardens, Florida. (Photo by Eric Espada/Getty Images)

Messi did not make it clear whether he would retire from the national team after Qatar.

Argentina won the World Cup in 1978 and 1986. The team will open the tournament on Nov.22 against Saudi Arabia in Group C before facing Mexico and Poland.

"I don't know whether we are big favorites, but I believe Argentina is a candidate because of its history, which means even more now because of the way we got here," Messi added. "But in a World Cup anything can happen, all the matches are very difficult. It isn't always the favorites who win it."

RELATED: BTS will be releasing a song for the 2022 World Cup in Qatar