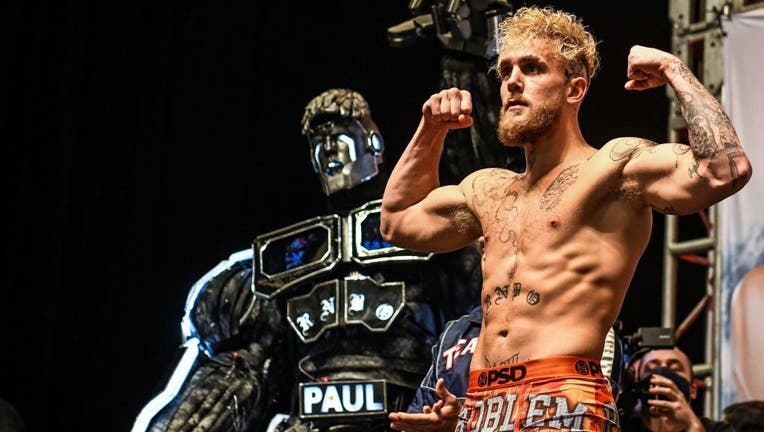 YouTube personality Jake Paul gestures during his weigh-in event ahead of the boxing fight against US martial artist Tyron Woodley in Tampa, Florida, on Dec. 17, 2021. (Photo by CHANDAN KHANNA/AFP via Getty Images)

Jake Paul admitted earlier this week he was feeling the effects of his boxing matches with four bouts under his belt and a rematch against Tyron Woodley on the docket.

Paul said Tuesday in an interview on "In Depth With Graham Bensinger" he was suffering from memory loss and slurred speech and said boxing is part of the reason.

"I notice it in conversations with, like, with my girlfriend or friends, like, not remembering something that I should be able to remember that happened a couple days ago," Paul said.

"Sometimes in my speech, where like every hundredth or two hundredth word, I'll mess up or, like, slur, which I didn't do that before."

Paul said he played football as a kid and had a brain scan when he started getting into boxing in 2018.

"The doctor told me there’s a lack of blood flow from the concussions I had when I would play football, into certain areas of my brain, one of them being the frontal lobe, which is partially memory," he said. "After my first year of boxing, I went back and it was worse."

Paul will face Woodley for a second time Saturday after Tommy Fury dropped out of the fight for a medical reason. Paul beat Woodley in the summer via split decision.