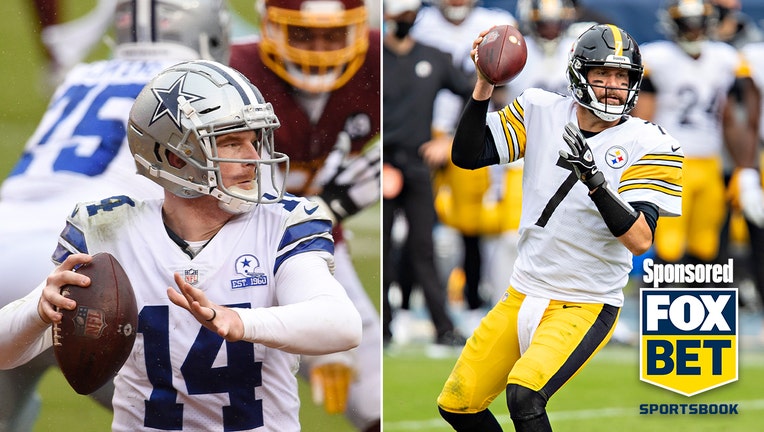 LEFT: Andy Dalton #14 of the Dallas Cowboys drops back to throw a pass in the third quarter against the Washington Football Team at FedEx Field on October 25, 2020 in Landover, Maryland. (Photo by Patrick McDermott/Getty Images) RIGHT: Ben Roethlisbe

They were hallmarks of Sunday afternoons and Monday night for decades, filled with players crafting Hall of Fame resumes and known by nicknames.

Terry and Franco. Roger The Dodger and Tony D. Doomsday and the Steel Curtain.  Along the way, they built a deep and passionate following that follows them to this day. And three memorable Super Bowl clashes – two in the 1970s, one in the 1990s – secured that the Pittsburgh Steelers and Dallas Cowboys would be must-see television forever.

And yet, when the two meet at AT&T Stadium in Arlington, Texas on Sunday afternoon (4:25 p.m., CBS), that’s the only real connection that the two teams will share.

Pittsburgh is the last remaining undefeated team in the NFL, going 7-0 for the first time since 1978. Dallas is a hot mess, falling to 2-6 with a loss at Philadelphia last week and starting a practice squad quarterback in his NFL debut this week.

The final game of a brutal three-game road trip – at Tennessee, at Baltimore and at Dallas- awaits the Steelers, who have mastered the art of the close game. With three one-possession games in their last four games. The weapons that Roethlisberger has around him are multi-dimensional between James Conner, Chase Claypool, JuJu Smith-Schuster and Eric Ebron. All that goes along with a Steelers defense that is +5 in the turnover ratio while piling up 30 sacks in the first seven games.

Dallas, on the other hand, has all kinds of awful stats. They are a minus-11 in turnovers – the worst mark in the league. They have allowed 33.3 points a game defensively- the worst in the league. The two quarterbacks who may start this week for Dallas are Cooper Rush or Garrett Gilbert. The fire is pretty intense and that’s never good in Dallas’s microscope.