“TUA” explores star lefty Tua Tagovailoa’s journey from childhood prophecy to arguably one of the most talked-about future prospects in the league.

MIAMI - Tua Tagovailoa’s journey from University of Alabama star to being hailed as the Miami Dolphin’s future franchise quarterback is the sort of thing that only happens once in a generation.

Tagovailoa’s story was captured on film from an exclusive first-hand perspective in the FOX Sports Films documentary “TUA,” the latest in its Sports Emmy-Nominated* *MAGNIFY* *series.

The documentary explores the battles Tagovailoa had to overcome in the face of a career-threatening injury ahead of the 2020 NFL Draft.

Tagovailoa, coming back from a serious hip injury that ended his Alabama career in November 2019, was the No. 5 choice in the April draft. For the rebuilding Dolphins, the pick was a huge investment: the highest they’ve used to draft a quarterback since taking Bob Griese in 1967. The team will effectively groom the young talent to replace 37-year-old holdover Ryan Fitzpatrick who made last year’s team MVP.

With pressure mounting for Tagovailoa to become the sports superstar he was clearly meant to be, “TUA” explores the star lefty’s journey from childhood prophecy to arguably one of the most talked-about future prospects in the league.

The documentary will highlight interviews with his parents, as well as other influential figures such as Alabama head coach Nick Saban.

“I’m excited about this film for a variety of reasons, but mainly because it represents the deep love and appreciation that I have for my culture, my faith and, more importantly, my family,” said Tua Tagovailoa*.* “I am extremely proud of this project and the efforts it took to get here. I look forward to sharing it with everyone.”

Ahead of the release of the highly anticipated film, FOX Sports is launching an exclusive complementary eight-episode digital series, “Tua Talks” on the new FOX Sports app on Aug. 24. 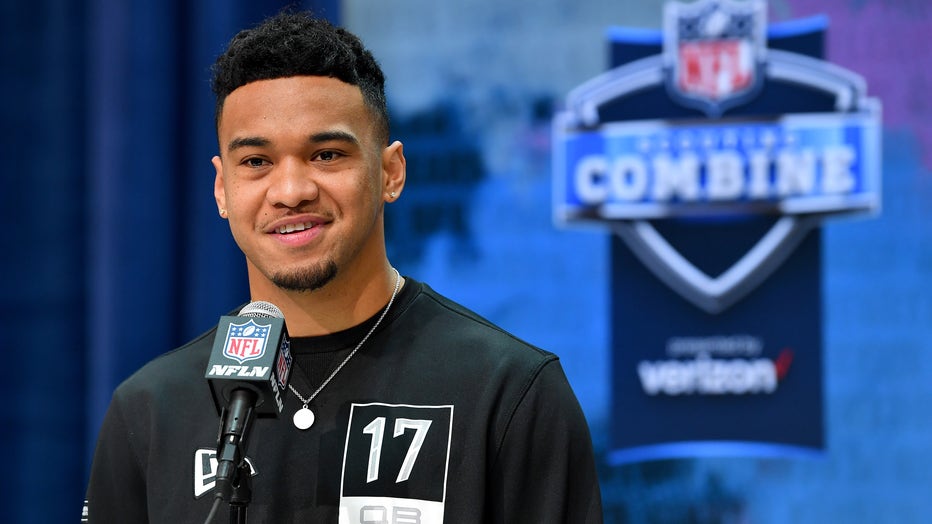 As Tagovailoa enters a 2020 professional football season in unprecedented times, the rookie stands as a beacon of hope for young athletes facing unfounded challenges during the coronavirus pandemic.

FOX Sports Supports is partnering with Good Sports’ “Restore Play” initiative in hopes of advancing the youth’s return to sports while communities face the devastating impacts of the ongoing pandemic. Both organizations are donating $111,111 in brand-new play equipment to Boys & Girls Clubs of America in Ewa Beach, Hawaii, Tuscaloosa, Ala., and Miami in a nod to Tua’s new jersey number 1.

“Tua is a beloved young star with an incredible story,” said Charlie Dixon, executive vice president of content at FOX Sports. “We like to say, ‘FOX is Football’, and since it’s in our DNA, that means providing the deepest insight into the sport both on and off the field. The film’s level of access and pure emotion provides a new level of appreciation for Tua’s journey.”

Catch the all new trailer for “TUA,” premiering Sunday, Sept. 6 at 4 PM ET on FOX.

The Associated Press contributed to this report. This station is owned by the FOX Corporation. This story was reported from Los Angeles.