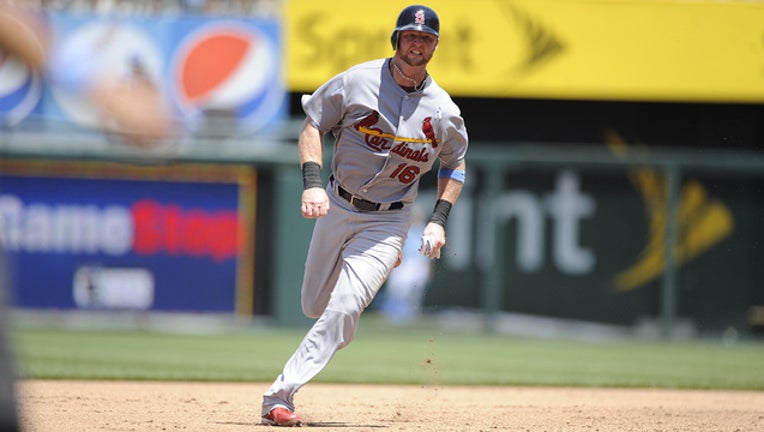 Chris Duncan of the St. Louis Cardinals runs the bases during the game against the Kansas City Royals at Kauffman Stadium in Kansas City, Missouri on Sunday, June 21, 2009.(Photo by John Williamson/MLB Photos via Getty Images

"The Cardinals are deeply saddened by the passing of Chris Duncan and extend our heartfelt sympathy to his wife, Amy, the entire Duncan family, and his many friends," Cardinals Chairman and CEO Bill DeWitt Jr. said in a statement. "Chris was an integral part of our 2006 championship team and a great teammate and friend to many in the organization."

Duncan hit .257 with 55 home runs and 175 RBIs in 381 games in five seasons with the Cardinals. After his playing career, he worked as a sports radio host at WXOS-FM in St. Louis.