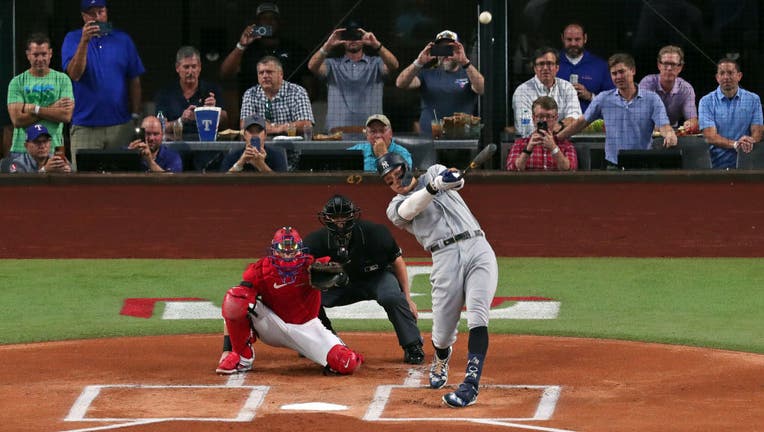 ARLINGTON, TX - OCTOBER 4: Aaron Judge #99 of the New York Yankees hits his 62nd home run of the season against the Texas Rangers during the first inning in game two of a double header at Globe Life Field on October 4, 2022 in Arlington, Texas. Judge

Judge set the new American League record for home runs in a season during the second game of a double header against the Rangers in Arlington Tuesday.

His home run broke the previous record set in 1961 by another Yankee outfielder, Roger Maris. It also moves him into seventh place overall for the single season record, but the others are tainted by steroid scandals. 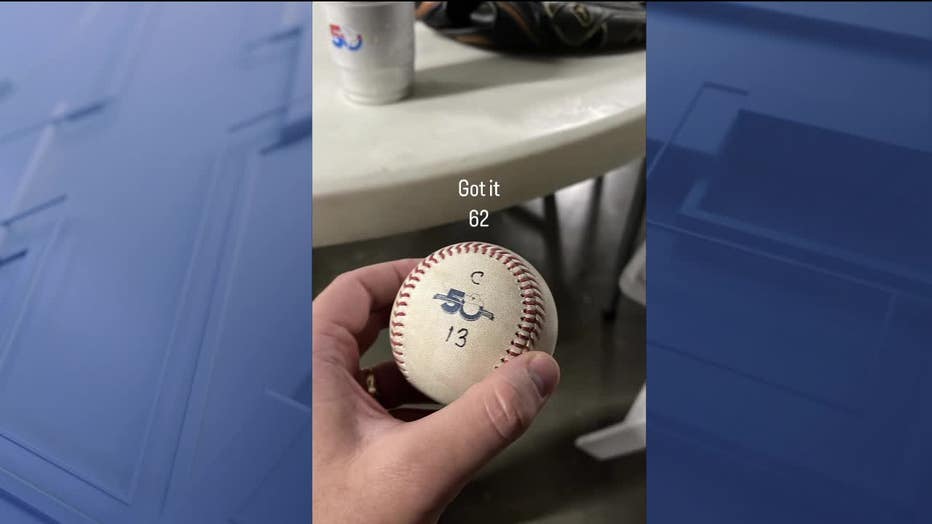 The ball that was knocked into the seats could be worth a large amount of money.

The fan who caught it could decide to keep it as memorabilia, give it to the Yankees organization or sell it for an estimated $2 million at auction.

His name is Cory Youmans. 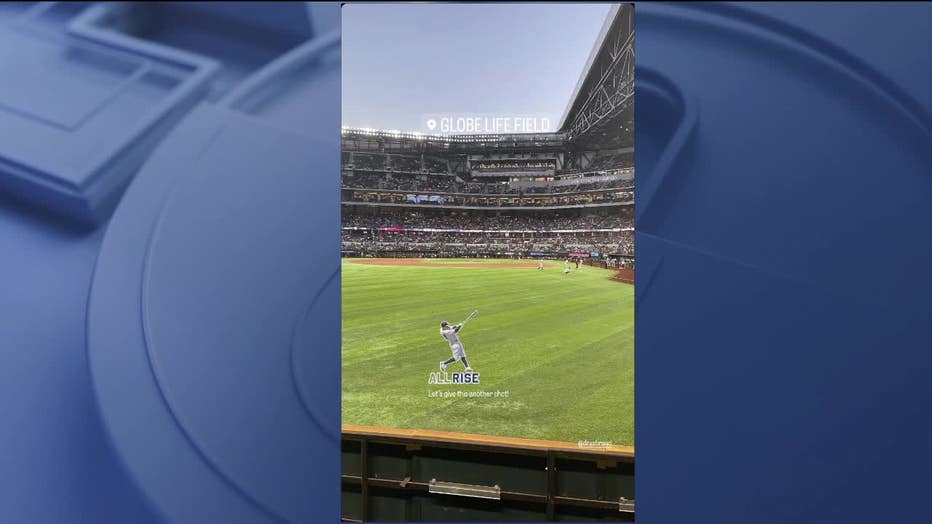 As he was escorted out of the stadium during the game to have the ball authenticated, Youmans told reporters that he wasn’t yet sure what he’ll do with the ball.

The Yankees organization has apparently already offered to negotiate a deal for the ball.

After the game, Judge was asked if he knew the ball's whereabouts.

"I don’t know where it’s at. We’ll see what happens with that. It would be great to get it back, but that’s a souvenir for a fan. They made a great catch out there and they got every right to keep it," he said.