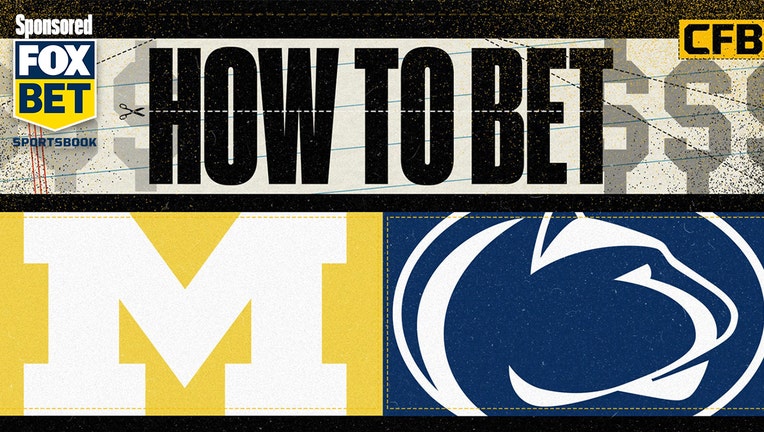 No. 6 Michigan faces Penn State this weekend in one of the most important Big Ten battles this season.

This game will feature two Big Ten East opponents; a Michigan team eyeing a place in the College Football Playoff and a Penn State team trying to salvage their season after their 5-0 start got derailed by three consecutive losses.

Michigan has ascended in the College Football Playoff committee's rankings. The Wolverines bounced back with a decisive 29-7 win last week against Indiana after losing to the archrival Michigan State the week before 37-33. The Wolverines inched up a spot to No. 6 and are one of the first two teams out. However, Michigan doesn't have any wins this year against top-ranked teams.

The Wolverines easily trounced all over their lesser opponent in the Hoosiers, covering the 20.5 point spread. Big Blue is 7-2 against the spread (ATS) this season. The running back tandem of Hassan Haskins and Blake Corum make up a huge part of UM's success as Michigan ranks seventh in rushing yards per game, pounding an average of 234.1 yards.

Penn State, with their less-than-stellar 6-3 record, is really not as bad of a team as their losses suggest. Two of their losses were to ranked teams in Iowa and Ohio State. The other loss came in the shocking, back-and-forth, history-making, nine overtime defeat to Illinois 20-18.

In their loss against Iowa, the Nittany Lions were without quarterback Sean Clifford from midway through the second quarter after a hit from Iowa linebacker Jack Campbell.

Coach James Franklin does have reason to smile as his team takes the field in Happy Valley on Saturday. The Nittany Lions rank in college football's top six red-zone defenses. That's a huge bright spot for Penn State, considering its lackluster offense ranks 74th, averaging only 25.6 points per game. Penn State is 5-3 against the spread (ATS) this season.

Michigan leads the series between these conference rivals 14-10.

This season, Michigan has gone over four times on the over/under.

Penn State gives up an average of 350.7 yards per game.

Penn State has turned the ball over 10 times this season.

So who's the better bet in this Big 10 matchup? For that, we turn to Fox Sports analyst Geoff Schwartz.

Pick via FOX Sports' Geoff Schwartz: "Penn State is a different team with a healthy Sean Clifford at quarterback, which we get this weekend.

"Michigan will attempt to run the ball directly at its opponent. That works when you're ahead in a game, but if Penn State's offense shows life early in the game, Michigan will be forced to air the ball out more. As we all know, that is not what they want to do. Michigan's offense is also particularly bad on third and short and in goal-line situations.

"Lastly, Jim Harbaugh is 6-9 against the spread on the road against a ranked opponent, whereas James Franklin is 9-6 ATS against ranked teams.

"I like the home squad to grab the win here."