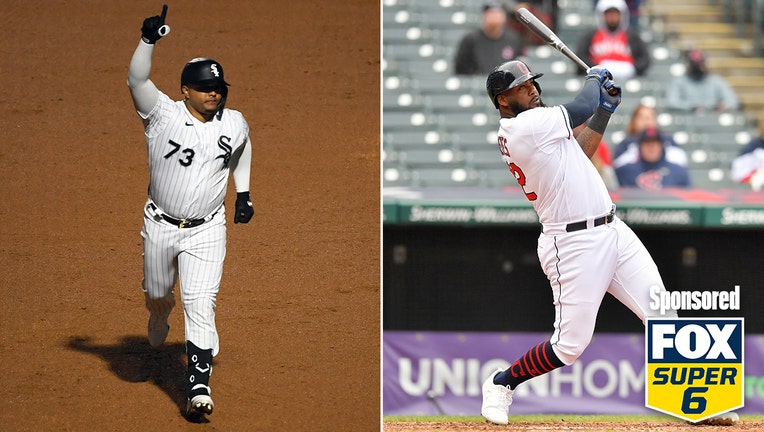 Two Hall of Fame managers. Two potential division champions. A Saturday contest that can help determine the way the American League Central is going to shape up.

The Cleveland Indians and Chicago White Sox are both looking up right now at the Kansas City Royals in the AL Central standings, but it seems a pretty good bet that both teams will be in the mix when the late summer rolls around.

These division rivals will meet up for the third time this season for a three-game set at Progressive Rate Field in Chicago this weekend. And Saturday’s contest just happens to be the Game of the Week on FS1 (4 p.m.), in which the Indians will send Triston McKenzie to the mound and Chicago will hand the ball to veteran Lance Lynn.

In that spirit, here are six things you should know about the Indians and White Sox heading into Saturday.

1. Big Sticks on the South Side

Entering Friday, Chicago’s lineup had a team OPS of .758 – tied with the Red Sox for best in the American League and only a hair behind Cincinnati (.760) for tops in the majors. However...

The White Sox’s hitting prowess hasn’t been a "whole game" thing. Chicago entered Friday with a meager .587 slugging percentage in the seventh inning or later in games. That’s third worst in the American League, ahead of only the Blue Jays and Tigers.

Through 22 games, Franmil Reyes has been an offensive machine for Cleveland. Entering Friday, he’s producing at a .293 clip with a .968 OPS, seven homers and 17 RBIs.

In late-game spots, Reyes has done particularly well, with a .308 average and an .846 OPS in the seventh inning or later.

Cleveland’s strength during the Francona years has been an ability to salt games away in the later innings, using its bullpen to throw different looks at teams. So far, 2021 is no exception.

The Indians are holding teams to a 2.43 ERA from the seventh inning onward coming into Friday, third best in the American League behind the Yankees and Blue Jays. The .177 batting average allowed is also the third best in baseball behind the Pirates and Orioles.

The White Sox lineup has some strange dynamics this season – Jose Abreu hasn’t really hit for average; the catcher's spot hasn’t produced much, either – but Yermin Mercedes has been a revelation.

6. Hall of a Matchup

At 76 years old and with a plaque already in Cooperstown after three World Series wins, Tony LaRussa is trying to become one of the best comeback stories in baseball history in his first season with the White Sox, a team that he managed to the playoffs back in 1983.

The guy in the opposing dugout – Cleveland’s Terry Francona – will likely join him along the banks of Lake Otsego one day with two World Series rings with the Red Sox and another appearance in Cleveland.

There will not be many managerial matchups better in the history of the game than this one.