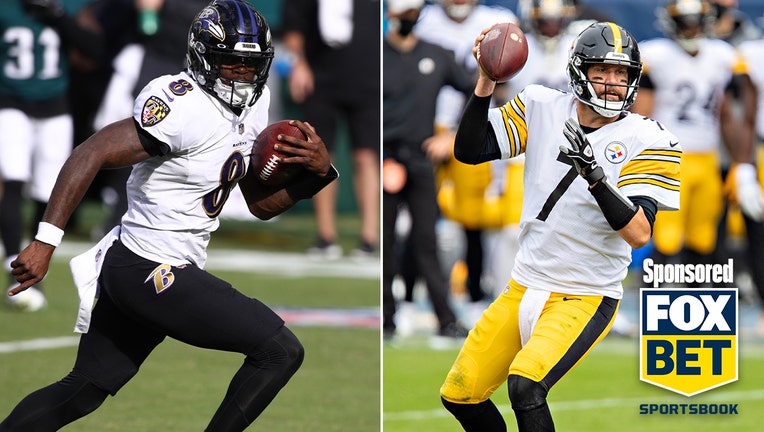 The Pittsburgh Steelers have been a finely-tuned machine, churning along as the last undefeated squad in the National Football League’s 2020 season.

And yet, the trip they will make to Baltimore on Sunday afternoon (1 p.m.) to meet the Ravens at M&T Bank Stadium could be the biggest test they will face the entire season.

Pittsburgh (6-0) is looking at completing a daunting road double, downing Tennessee on the road last week and then heading into its most fierce divisional rival fresh off a bye week. The Ravens (5-1) only tripped up to Patrick Mahomes and the Kansas City Chiefs in Week 3.

It is the AFC’s game of the week.

There are some interesting custom bets on FOXBet.com., so check them out.

Arguably, the Ravens/Steelers rivalry has become the best in the NFL. Baltimore swept the two matchups last year as the Ravens marched to the AFC North title. The Ravens have won three of the last four games between the two. Seven of the last 10 games since 2015 between the two teams have been settled by one score or less with two overtime games mixed in- both won by Baltimore. The Steelers lead the series, 28-24 since the Ravens moved to Baltimore from Cleveland in 1996.

Pittsburgh is about as balanced as a team could be. They are averaging 30.5 points per game and have allowed only 118 points through six games. Ben Roethlisberger has found multiple weapons on offense with Chase Claypool, Juju Smith-Schuster and James Connor all becoming nightmares for opponents. A custom bet on FOXBet.com has Roethlisberger passing for 275 yards or more while Smith-Schuster have 75 or more receiving yards. There is also a Bet Boost that doubles your money if the Steelers score a touchdown in each half.

Meanwhile, Lamar Jackson continues to be a double threat at quarterback for the Ravens- breaking games open with his legs and his arm. He leads the Ravens in rushing through the first six games. Meanwhile, Marquis Brown has become a bigger offensive threat for the Ravens. Still, Baltimore is heavily based on the defense. In five games this year, they have allowed 20 or fewer points.

Place a wager on the action with a bet with FOX Bet – the best place to find the latest odds, prop bets and bet boosts. Check it out now for special promotions when you open an account. FOX Bet is available in Pennsylvania, New Jersey and Colorado through the FOX Bet app and online at FOXBet.com.