The Baltimore Ravens travel to Miami for a Thursday night game against the Dolphins on FOX.

CHARLOTTE, N.C. - Cam Newton has a new NFL team. It just happens to be his old one.

The Carolina Panthers announced the team has come to terms with the veteran free-agent quarterback on Thursday.  According to the Associated Press, Newton signed a one-year deal.

The Panthers selected Newton No. 1 overall in the 2011 NFL Draft. He went on to earn the league’s offensive rookie of the year award that year.

In 2015, he won the NFL’s MVP award after leading Carolina to a 15-1 record and a berth in the Super Bowl. Their title hopes fell short against the Denver Broncos that year.

With championships at every level of football, the coveted Lombardi Trophy remains the only one Newton hasn’t hoisted. 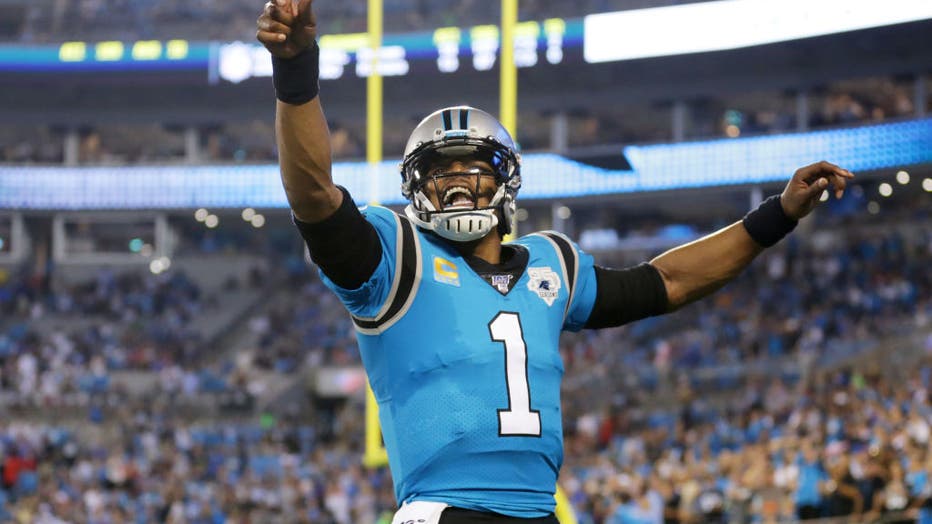 Quarterback Cam Newton, No. 1 of the Carolina Panthers, reacts in the first quarter of the game against the Tampa Bay Buccaneers at Bank of America Stadium on Sept. 12, 2019, in Charlotte, North Carolina. (Photo by Streeter Lecka/Getty Images)

Newton spent nine seasons under center for the Panthers. He amassed 29,041 yards in the air and tossed 182 touchdowns. His imposing stature made him a gifted runner at the quarterback position, rushing for 58 touchdowns in that time frame.

The Panthers released him in 2020. But the New England Patriots signed him before the season began in a bid to replace Tom Brady.

Newton’s time in Foxboro left much to be desired. In 15 starts, Newton ran for 12 touchdowns, but he threw just eight passes for scores and finished with 10 interceptions. After the Pats drafted Mac Jones in the first round of this year’s draft, the 32-year-old’s days in New England were numbered.

In August, the Patriots released Newton and named Jones the starter. Newton was a free agent until he came to terms with the Panthers on Thursday.

It is unclear when fans will see him don his No. 1 Jersey again. Panthers coach Matt Rhule said Wednesday that P.J. Walker is expected to start on Sunday against the Arizona Cardinals. Matt Barkley, signed off the Tennessee Titans practice squad, is slated to be his backup.