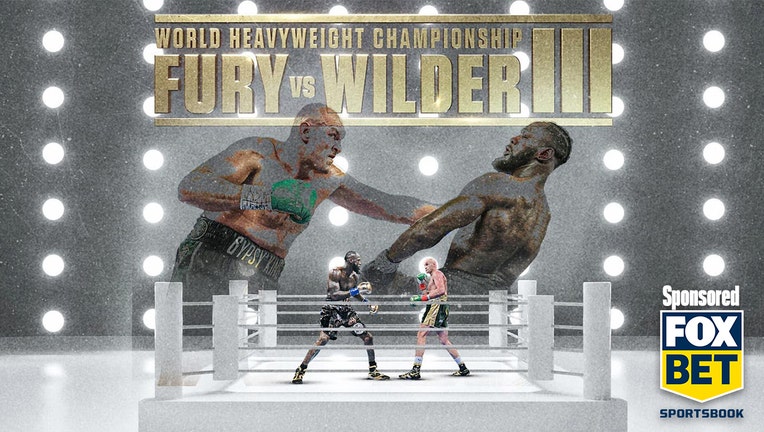 With a little more than 24 hours to go before Saturday’s heavyweight title fight between Tyson Fury and Deontay Wilder, betting is starting to come in hot and heavy on both fighters.

From a gambling perspective, the odds are starting to shift just slightly in the direction of Wilder, the challenger.

Let's dig into the fun, with odds courtesy of FOX Bet.

Saturday’s fight at T-Mobile Arena in Las Vegas features two of the best heavyweights in the world fighting each other for the third time. As for the previous battles, the first meeting in December of 2018 ended in a draw, and Fury took the February 2020 rematch with a seventh-round technical knockout.

Fury is currently a heavy favorite, listed at -300 to win at FOX Bet. Wilder comes in as a +245 underdog. The draw sits at +2500, the unlikeliest outcome per the odds.

"Due to the odds of Wilder, the payout on Wilder is five times the payout on Fury," Blangsted-Barnor said. "So, fair to say we will be cheering on the Englishman. If Wilder does win, then Round 3 would be the absolute worst-case scenario for us.

"The most popular bet by far is the boost of Tyson Fury by TKO/KO/DQ at +100, which would certainly even out the liability on the main market. So the best result for us would be Fury by decision."

As for the fight itself, the oddsmaker is riding with the favorite.

"I quite like Fury by decision," Blangsted-Barnor said. "While he had a very impressive KO last time out, I just think the odds have swayed too far from what they were last time, which was Fury KO +450 and Fury Dec +162.

"He’s very good at outboxing the best of the best, and I think he would be smart to outbox and stay out the way of a dangerous Wilder, who I potentially think underestimated the knockout power of Tyson last fight."

So, how should you wager on the big fight? Hear what Skip Bayless thinks:

Expert analysis via FOX Sports’ Skip Bayless: "I believe Wilder is going to get his revenge."

"He did not want this fight.