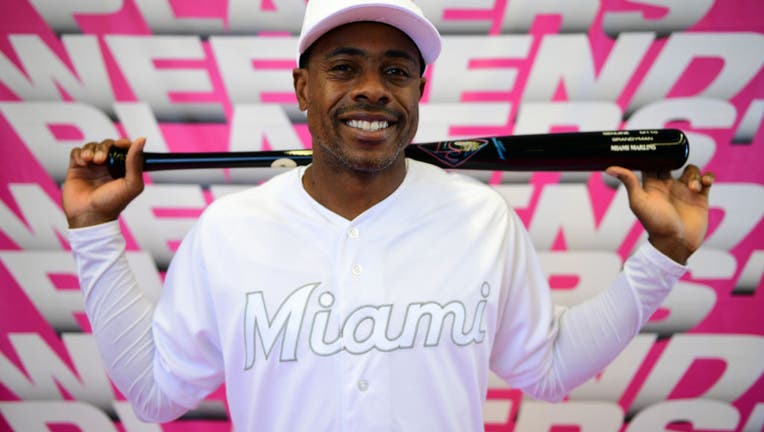 MIAMI, FL - AUGUST 23: Curtis Granderson #21 of the Miami Marlins poses for a portrait on Players Weekend before the game against the Philadelphia Phillies at Marlins Park on Friday, August 23, 2019 in Miami, Florida. (Photo by Mark Brown/MLB Photos

Last year Granderson batted .183 in 138 games for the Miami Marlins. He also played for Toronto, Milwaukee, the Los Angeles Dodgers and the New York Mets, totaling 344 career homers and 937 RBIs while batting .249.

Granderson, who has a children's foundation and has long been active in community work, said he'll continue to bring baseball to in-need youngsters.

“As I reflect on my career, I realize that not much has changed since those early days in little league,” Granderson said in a statement. “My parents and family are still my greatest fans, and they impart the same message today that they did back then: Give back, never forget to enjoy the ride, and don’t think; have fun.”