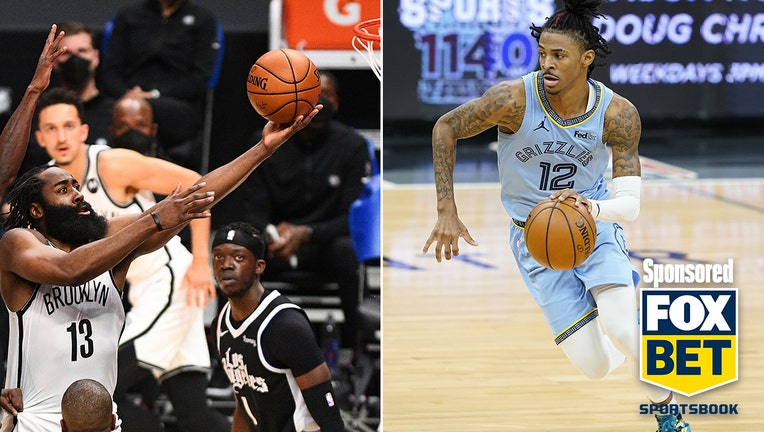 The NBA All-Star break is upon us, and midway through this abbreviated 72-game season, there have been some pleasant surprises – the 27-9 Utah Jazz! – and several teams stuck in the mud while chasing a playoff berth – the 17-18 Miami Heat!

From a gambling perspective, who should you buy low for the second half of the season?

Given COVID-19 stoppages and a second-half schedule loaded with back-to-backs for teams, there are plenty of sell-high candidates.

Here’s the NBA state of play ahead of the final 35 games, with all odds via FOX Bet.

They had to work in two new starters – Chris Paul and Jae Crowder – and the Suns got off to a clunky 8-8 start. Since then? They're 15-3, and they’ve surged to second place in the West. The Suns haven’t made the playoffs since 2010 and don’t have respect in the market yet, but they’re 23-11 against the spread (67%), second-best in the NBA.

The Chris Paul effect is real, and we saw it last season in OKC, when CP3 led the Oklahoma City Thunder to the best ATS record in the NBA (48-31, 60.8%). Even if Paul rests a few games in the second half of the year to ensure maximum health for the playoffs, former lottery pick Cameron Payne has been excellent as a backup (46/40/92 shooting).

The Suns have quietly moved up to seventh in offensive efficiency and sixth in defensive efficiency while the Jazz, Los Angeles Lakers and LA Clippers have hogged all the headlines in the West. Don’t rule out the Suns stealing the Pacific Division (+400).

The Grizzlies are 17-14 ATS and have somehow remained above .500 despite playing the entire first half of the season without Jaren Jackson and star Ja Morant missing eight games. The Grizzlies have a better point differential than the Portland Trail Blazers, Dallas Mavericks and New Orleans Pelicans, and they’re 12th in net rating, which would be seventh-best in the West.

But if you squint, you’ll see the Grizz only won one game in February against a team with a winning record (San Antonio). And the bad news is that nobody plays a tougher second-half schedule than Memphis, which has a league-high 11 back-to-backs (tied with the Spurs) due to six games postponed in the first half of the season because of COVID-19.

We already told you to jump on their futures odds last month. But as if the basketball Gods hadn’t smiled on Steve Nash enough in his first coaching stint, the Nets didn’t have one game postponed due to COVID-19 and have a relatively cushy second-half schedule. The defense – which since the addition of James Harden has been switching everything – has crept up from 30th to 23rd. Don’t be surprised if they finish closer to 15th than the bottom.

The Brooklyn offense is on pace to set a league record for efficiency. Role players Bruce Brown (59% shooting for a shooting guard!), Jeff Green (42% on 3s) and Joe Harris (50% on 3s) are getting comfortable with Harden. Did I mention Kevin Durant is coming back soon?

There will be a "Nets Tax" if you’re looking to back Brooklyn in the second half because they’re rapidly improving – but pay it.

One of the best NBA stories in the first half – they’re .500! – is the Knicks, who have vastly exceeded expectations. This is a great time to sell high. New York has been terrific defensively under Tom Thibodeau (fourth in the NBA), and that works fine against a weak schedule. But the Knicks' second-half schedule is the second-toughest in the league.

The forward-looking basketball power index projects New York as the 28th best team in the NBA. Any Knicks fans hoping for a playoff trip should brace for a six-game road trip to start May, and as of today, their final seven opponents are all playoff teams.

The most important stat of the first half of the season in the entire Eastern Conference is that the Celtics' "Big 4" of Jayson Tatum, Jaylen Brown, Marcus Smart and Kemba Walker have played a total of 28 minutes together. The meatballs of NBA Twitter had fun beating up GM Danny Ainge and coach Brad Stevens as the injured-plagued, COVID-stricken Celtics stumbled to an 18-17 record. They’re 15th in offensive efficiency and 16th in defensive efficiency – not hallmarks of a contender.

But sleep on them at your peril.

Smart, the heartbeat of the team, is expected back shortly after the All-Star break. When the Celtics get healthy, you’re going to want to jump aboard the money train. Nobody in the East is better positioned to defend the Nets on the perimeter. At +1200, there’s value on Boston winning the East.

Good news: Christian Wood was a monster before his ankle injury, averaging 22 points and 10 rebounds with shooting splits of 55/42.

The bad news: Everything else.

Wood only played 17 games. He hasn’t played since Feb. 4 and the Rockets are 0-12 without him, losing nine of those by double digits. Until Wood returns, this is a bet-against team. Victor Oladipo might be traded before the deadline. PJ Tucker, too. The Rockets are 28th in offensive efficiency, and worst in the NBA ATS (11-23). Sorry to pile on, but the Rockets have the most difficult second-half strength of schedule in the NBA, including three games against Utah and Denver, and two against Milwaukee.