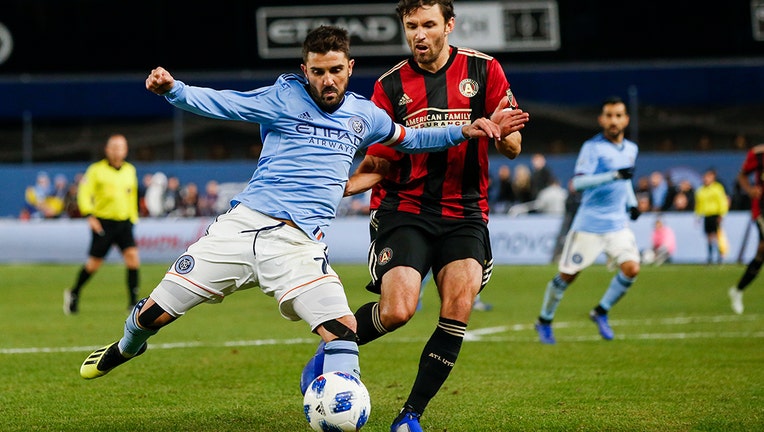 NEW YORK - A second-division professional soccer team is coming to Queens in 2021, according to the club's ownership, which includes Spanish national team star David Villa.

Queensboro FC will play in the United Soccer League's top tier, according to a news release. The club will play in a planned new stadium at York College in Jamaica and also intends to host some matches at Citi Field, the home of the New York Mets.

"I love the cultures, the food, the people and their passion for life and, of course, soccer," Villa said in the statement. "There is no other place like it in the world. It's a dream to help build this football club in Queens and I couldn't choose a better location."

USL Championship, sanctioned by U.S. Soccer, is a notch below MLS. Several USL clubs are either owned by or affiliated with MLS teams.

Queens has seen some pro soccer over the years. The now-defunct FC New York (not to be confused with NYCFC) played on the campus of St. John's in 2011.