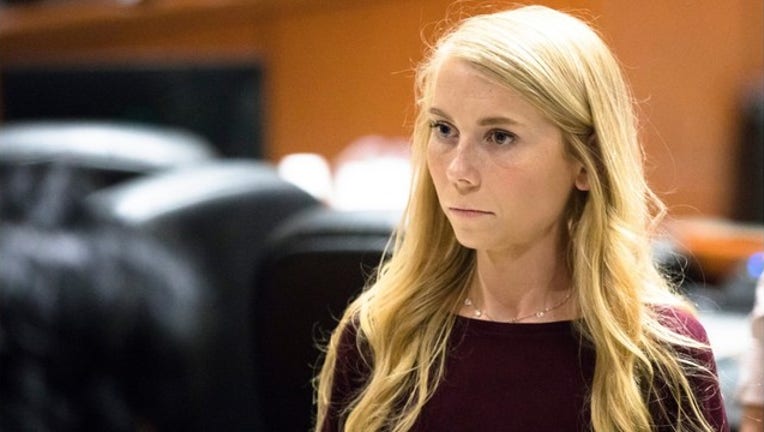 LEBANON, Ohio (AP) — A young Ohio woman acquitted of killing and burying her newborn in the backyard was sentenced Friday to three years' probation on a corpse abuse charge.

Brooke Skylar Richardson, 20, apologized before a Warren County judge told her she showed a "grotesque disregard for life." Richardson buried her newborn daughter in her family's backyard in 2017. Her defense said the baby she called "Annabelle" was stillborn.

"Life is precious, and it should be protected," Judge Donald E. Oda II said. "I know in my heart that if you would have made different decisions in this case, Annabelle would be here today."

Oda warned Richardson, a first-time offender, that he can send her to prison for up to a year if she violates probation.

"I just wanted to say how sorry I was," Richardson told the judge before he sentenced her. She said she can "sometimes be selfish," and she knows she hurt "so many" people.

The baby's paternal grandmother, Tracy Johnson, told the court about the pain of losing a baby she and her son Trey, the father, didn't even know about until long after her death.

Prosecutors argued that she hid her unwanted pregnancy and killed the baby before burying it in her family's backyard so that the high school cheerleader could get on with her "perfect life."

However, medical experts who testified for both prosecution and defense agreed there was no physical proof the baby was alive.

A live birth had to be proved "beyond a reasonable doubt" if the jury was to convict on any of the three most serious charges: aggravated murder, involuntary manslaughter and child endangering. She could have faced in prison if convicted of aggravated murder.