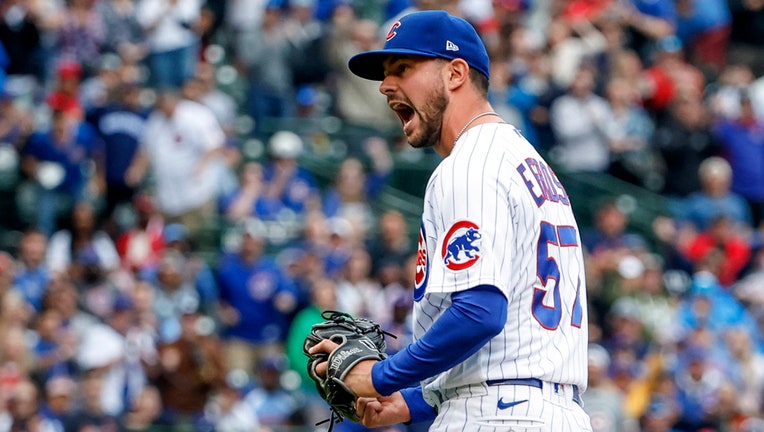 NEW YORK (AP) - The New York Yankees bolstered their pitching for the stretch run and playoffs, obtaining rookie reliever Scott Effross in a trade with the Chicago Cubs and starter Frankie Montas and reliever Lou Trivino from the Oakland Athletics for four prospects.

Effross, a sidearming right-hander, is 1-4 with a 2.66 ERA and one save in 47 games this year. He made his big league debut last season, going 2-1 with a 3.68 ERA in 14 appearances with Chicago. Effross is particularly tough on right-handed batters, holding them to a .159 batting average this year.

The rebuilding Cubs received minor league right-hander Hayden Wesneski in the deal. The 24-year-old Wesneski, a sixth-round selection in the 2019 amateur draft, is 6-7 with a 3.51 ERA in 19 starts for Triple-A Scranton/Wilkes-Barre.

Earlier in the day, the Yankees got Scott Effross, a 22-year-old rookie reliever, from the Chicago Cubs for Hayden Wesneski, a 24-year-old minor league right-hander.

He was the second significant starting pitcher dealt ahead of Tuesday's trade deadline after Cincinnati sent Luis Castillo to Seattle.

Montas has a $5,025,000 salary this year, is eligible for arbitration this winter and can become a free agent after the 2023 season. His fastball averages 96 mph.

He has a $3 million salary, is eligible for arbitration ahead of the 2023 and 2024 seasons, then can become a free agent.