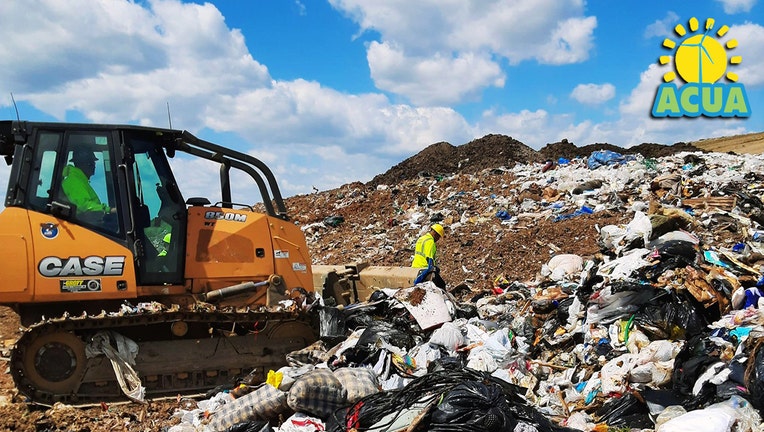 A 10-year-old boy thought he was being helpful when he tossed a plastic bag in the trash last Friday, NJ Advance Media reported. But the bag had his mother's wedding ring, wallet, and some other items.

By the time Ruth Watson, of Vineland in Cumberland County, realized the ring was gone, a sanitation truck had already picked up the trash.

"It was just a shopping bag from Dollar General and I had set it aside while we were cleaning. But my wallet and ring were inside that bag," Watson told NJ Advance Media. "I can't tell you how I felt. I had so much to do that day and I couldn't do a thing. I just kept thinking I've got to get that ring back."

So she called the Atlantic County Utilities Authority and explained what the bag looked like and all that was inside.

"She sent me a picture of what the wallet looked like and said the ring was inside the wallet," Jovani Quiles, a landfill supervisor said.

Quiles and three other workers from a Cumberland County crew — Ramon Nazario, Alfredo Perez and Paul Deola — spent an hour and a half going through a huge pile of trash. They found the bag — the wallet and the ring were still tucked inside — and returned the lost treasure to Watson.

The authority said she was very grateful.

"Thank you Alfredo, Jovani, Paul and Ramon for going above and beyond for a member of the community!" ACUA posted on Facebook.

ACUA collects trash and recycling from nearly a dozen municipalities in Atlantic County, Cape May County, and Cumberland County.